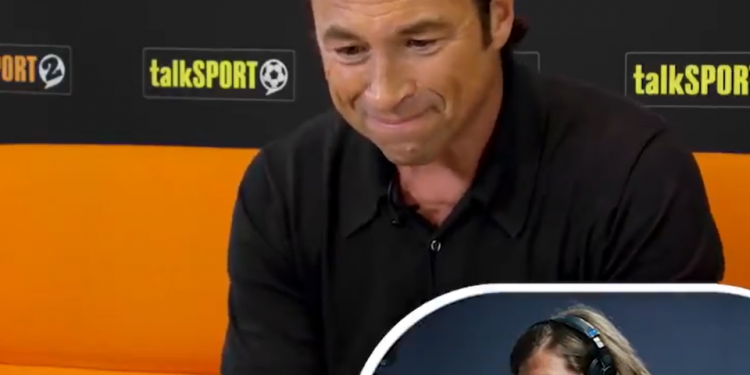 As 2021 draws to a close, talkSPORT.com looks back on another year of classic radio banter.

There’s never a dull moment at talkSPORT Towers and, as usual, it’s been a year full of laughs.

This Christmas, sit back and enjoy some of our favourite on-air moments, with this one featuring Jason Cundy, Andy Goldstein, and Steven Gerrard… well, sort of.

Cundy and Goldstein have been causing mischief on talkSPORT all year but, on this occasion, the latter teamed up with MansionBet to hilariously trick his co-host.

Cundy was pranked into believing he was interviewing the then-Rangers boss and Liverpool legend Steven Gerrard over Zoom.

The man he was actually speaking to was the brilliant impressionist Darren Farley, who had Goldstein in his ear telling him what to say and do.

Farley did a brilliant job

Cundy was challenged by ‘Gerrard’ about whether he watches Scottish football after disparaging comments he had made about football north of the border.

The talkSPORT presenter just didn’t know how to respond and even apologised if he’d upset the Liverpool legend.

Then came the big reveal as the person who he was actually interviewing was not Gerrard but Farley, which led to a reaction that involved a mixture of surprise, relief, anger – and a fair bit of swearing too!

He thought he had an exclusive interview with #RangersFC boss Steven Gerrard.

This gets seriously AWKWARD!

The Queen strikes a hopeful tone in personal Christmas message