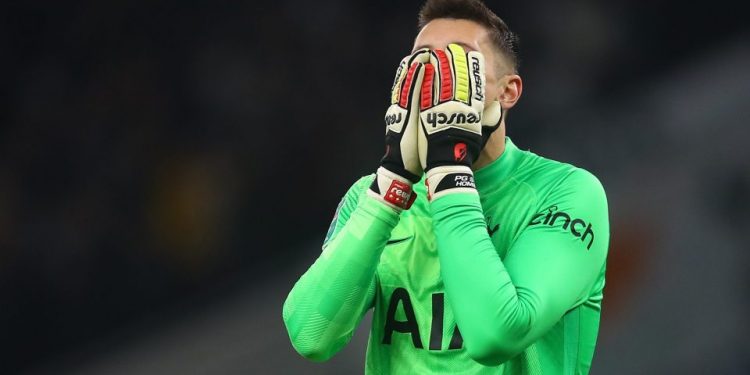 Tottenham’s Carabao Cup defeat to Chelsea showed that even Antonio Conte will have hard work turning things around – and former star Jermain Defoe hopes the club will give the Italian every chance to do so.

Conte’s side exited at the semi-final stage of the competition with a resounding 3-0 aggregate defeat against his former team.

Tottenham were very much second best over both legsGetty

The result will be of huge disappointment to Spurs fans as the north London side went into the tie in fine form having been unbeaten in their previous seven matches.

But this defeat, as well as labouring past Morecambe in the FA Cup shows there’s still plenty of work to do.

Conte is hoping to build a team in his own image but Spurs are yet to make any signings in January, leading to suggestions the manager could LEAVE if he’s not backed sufficiently.

And Defoe, who played for Spurs for nine years, believes Conte’s improved the team enough to show he deserves to be backed and revealed in conversations with the likes of Romelu Lukaku how Conte gets the best out of his players.

“You’d like to think that he’d get the opportunity to get the players he wants just to give Tottenham an opportunity to kick on,” Defoe, who left Rangers on Wednesday, told talkSPORT.

“Everyone knows how much I love the football club and when Antonio Conte got the job I was so excited. He is an unbelievable manager with his experience.

“You’ve got to look at the stats. I looked at the running stats and in such a short space of time I could not believe the improvement, what was he doing in training?

“I messaged Lukaku and people like Ashley Young and Victor Moses who have played under Conte and they said that the players have never, ever trained so hard. But at the same time it’s enjoyable and that’s why the players are getting those numbers.

“I believe that if he gets the opportunity to bring in the players he wants then of course the club will kick on and get into that Champions League spot.”

Conte is credited with making Lukaku an elite striker. Can he do the same with the Spurs players?AFP

‘Grateful’: Novak Djokovic thanks judge and takes to tennis court after release

Real Madrid ‘pull out’ of transfer race for Antonio Rudiger – but Chelsea still in crisis with THREE key defenders out of contract next summer, including Barcelona targets Cesar Azpilicueta and Andreas Christensen