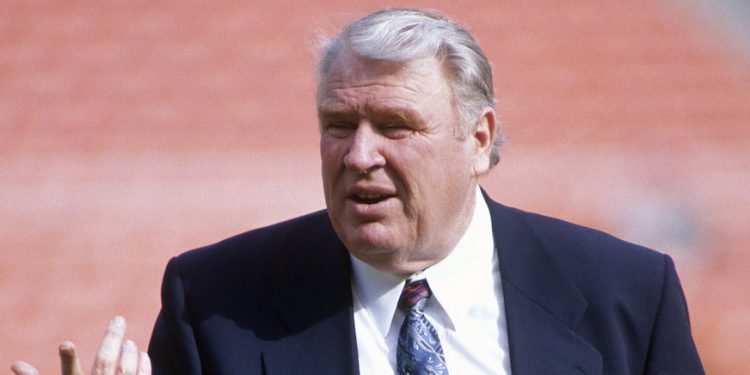 The football world suffered an incalculable loss earlier this week. John Madden, the legendary coach and broadcaster whose entire life revolved around a love for the sport that few others could match, died unexpectedly at age 85, with NFL commissioner Roger Goodell saying, “Nobody loved football more than Coach. He was football. He was an incredible sounding board to me and so many others. There will never be another John Madden, and we will forever be indebted to him for all he did to make football and NFL what it is today.”

Almost immediately after the news of Madden’s death became public, football players, coaches, and fans immediately began showering him with tributes. Whether they remember him as a coach, as a broadcaster, or learned the sport through the video game that bears his name and has become a model for other sports games to replicate, it was evident that Madden’s impact on generations of football fans cannot be understated.

On Friday, Madden’s life was eulogized by CBS, the first network for which he called games. CBS enlisted Jim Nantz to provide the voice over, with Nantz praising Madden’s “lifelong love for the game.”

“Above all else,” Nantz said, “he made the game fun, no matter what he was doing.”