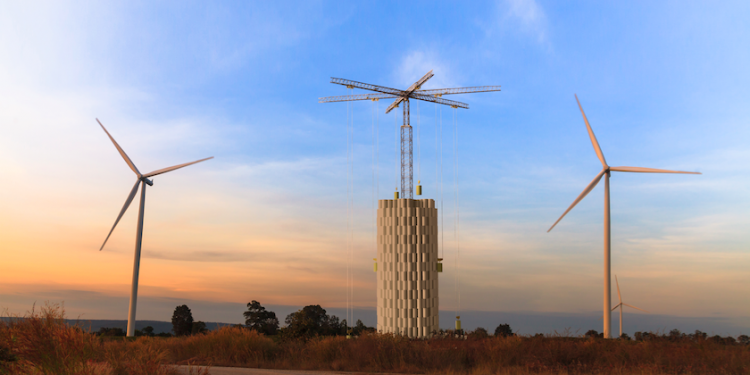 The announcement, made yesterday, comes as Swiss-American company Energy Vault targets a business combination with special purpose acquisition company (SPAC) Novus Capital Corporation II. The transaction is expected to close during this quarter and the combined company, to be named Energy Vault Holdings, will list on the New York Stock Exchange (NYSE) as a result.

Energy Vault said in October as it announced the intended merger that it has private investment in public equity (PIPE) commitments, largely from institutional investors and already accounting for around 6.5% shares in the combined entity.

Korea Zinc’s US$50 million will go into that PIPE, taking its value from US$100 million to US$150 million.

As a strategic partner to the gravity storage company, Korea Zinc — involved in copper and lead refinery and smelting as well as zinc — will leverage its investment to further the decarbonisation of its operations.

Sun Metals is targeting running its refinery off of 80% renewable power by 2030 and 100% by 2040. Its parent company recently also said it will acquire Australian solar and wind developer Epuron through another subsidiary, Ark Energy Corporation.

Epuron’s more than 9GW of solar and wind projects will help Sun Metals achieve its renewable energy ambitions and spur Ark Energy’s own ambition to become a player in the green hydrogen space, Korea Zinc said.

Energy Vault’s technology is yet unproven at scale and not yet been deployed commercially. The company has built a 5MW demonstrator project in Switzerland which has been operational for some time.

However, according to a Form S-4 relating to its SPAC merger and filed with the US Securities and Exchange Commission (SEC) by Novus Capital Corporation II, the startup has yet to finalise and perfect cost-competitive designs for the larger scale energy storage system (ESS) technology it has developed.

Using giant cranes to raise, lower and swing 35 tonne blocks made of a composite concrete-like material, Energy Vault has claimed the gravity storage tech could be a game changer in bulk and long-duration energy storage. In July, a partnership was formed with Enel Green Power that could see blades from decommissioned wind turbines at Enel’s sites recycled to be used in the composite weight blocks.

Despite the technology being at what appears to be an early stage in commercialisation, high profile investors including Softbank Vision Fund 1 and Saudi Aramco Ventures are onboard with the company already. A US$100 million Series C funding round was successfully closed in August last year.

The company in October said it had signed agreements worth more than half a billion dollars for 1.6GWh of its systems to be used in the production of synthetic sustainable aviation fuel by DG Fuels.

In November, Energy Vault launched a business division to provide a technology neutral energy storage management and integration platform. The software will use artificial intelligence and optimisation algorithms to enable the integration and dispatch of flexible energy assets.

Last month, the company signed a strategic agreement with natural resources producer BHP to explore the decarbonisation of its extraction facilities.