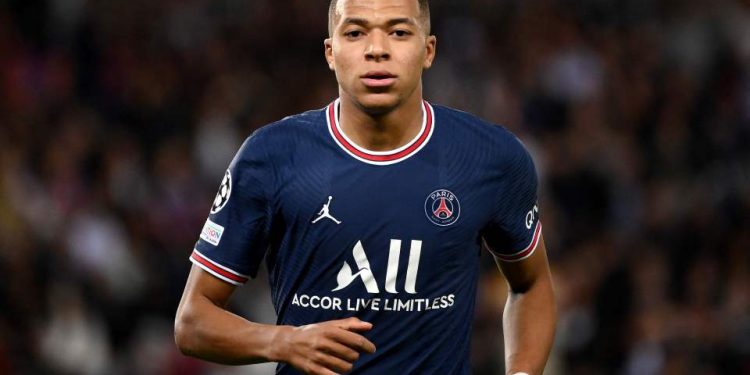 Kylian Mbappe is now free to sign a pre-contract agreement with another club as he enters the final months of his deal with Paris Saint-Germain.

The 23-year-old is one of the biggest talents in world football and has control over his own future.

Mbappe wanted to leave PSG for Real Madrid in the summerAFP

PSG remain hopeful of persuading the World Cup winner to sign a new deal with the club before he becomes a free agent in the summer.

Mbappe is unlikely to be heading anywhere in January as he said last week he will ‘100 per cent’ be a PSG player until the end of the season.

But it has been reported that leaders at the French club have not given up hope of getting him to sign a one or two-year deal.

Real Madrid have made no secret of their desire to sign the striker, making two huge transfer bids last summer.

Those offers were not entertained by PSG as they believed he would still sign a new contract.

Mbappe has scored 126 goals in 151 games for PSGGetty

Six months later, there are no signs of a new deal, but there are sure to be plenty of twists and turns to come.

The club accept Mbappe has a genuine desire to play for Real at some stage in his career, but also point to the player’s deep affection for, and connection to, Paris, the city where he was born and raised.

The player is enjoying working alongside PSG’s star names such as Lionel Messi, Neymar, Sergio Ramos and Gianluigi Donnarumma and has been taken under the wing of club president Nasser Al-Khelaifi.

Now January 1 has arrived, Mbappe is free to start negotiations and sign a pre-contract agreement with another club.

Those in Madrid are waiting with anticipation for the France international to arrive in the summer.

Spanish outlet El Chiringuito even superimposed Mbappe’s face onto a New Year countdown clock, such is the excitement building in the Spanish capital.