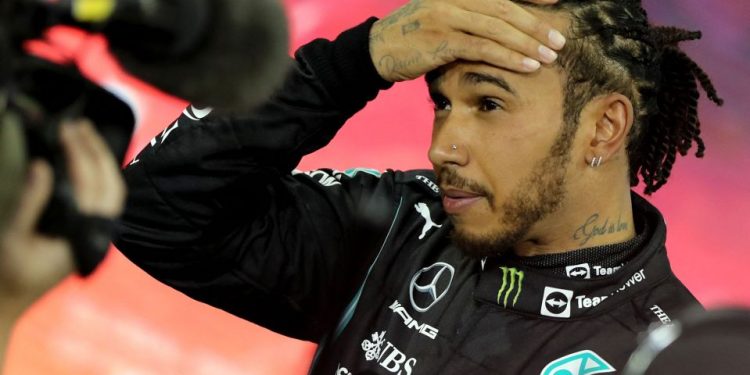 New FIA president Mohammed Ben Sulayem has admitted he hasn’t heard from Lewis Hamilton, who is yet to respond to claims of a potential retirement following his world championship defeat to Max Verstappen.

Ben Sulayem took charge of Formula 1’s governing body following the conclusion of the 2021 season in December, but immediately hit the headlines for the wrong reasons.

Hamilton failed to attend the FIA’s end of season prize-giving ceremony following the controversial end to the year, and Ben Sulayem claimed that could result in punishment.

Rules stipulate that the drivers who finished first, second and third in the championship must attend the event, but Hamilton was a no-show, along with team boss Toto Wolff.

The Brit lost out on a record-breaking eighth world title at the season finale in Abu Dhabi in the most controversial of circumstances.

Hamilton entered the decider level on points with Verstappen and was cruising to an easy win before a late safety car caused chaos.

Verstappen was given his title trophy at the gala, but Hamilton wasn’t in attendanceAFP

A number of unprecedented calls then gifted Verstappen the opportunity to pass Hamilton on the final lap with fresher tyres, deciding the championship in jaw-dropping fashion.

The 36-year-old was magnanimous in defeat but clearly in shock following the chequered flag, and has only since been seen on a couple of occasions.

Along with much of the media, Ben Sulayem has been trying to contact Hamilton, but revealed his advances have so far been turned away.

Hamilton and his father Anthony were pure class post-race, but haven’t been seen much sinceGetty

“We don’t blame him. I understand his position, as a driver, obviously, he is at a different level.

“But there are also rules. As you read in the press, the new president is going to sanction; of course they [the media] spice things up a lot with what is important for others.

“And I can’t judge anyone until I know the exact facts.

“In fact, my first objective is to go through the whole Abu Dhabi file.”

Hamilton is signed with Mercedes for the next two seasons, but rumours are rife of a potential early retirement, fuelled by team boss Wolff.

Hamilton has also disappeared from social media, with his brother Nicolas Hamilton explaining his pause was due to the toxic nature of the online space.

Ben Sulayem, though, is confident that Hamilton will be back and fighting when the 2022 season kicks off in March.

“I think of course by not being at the gala, it’s something that Lewis and his team knew,” he said.

“But at the end of the day, we’re human too. There was stress and pressure.

“Personally, I’m convinced that everything will work out. You can’t think about the past. There are many things to think about. We are the ones who embody the future.”