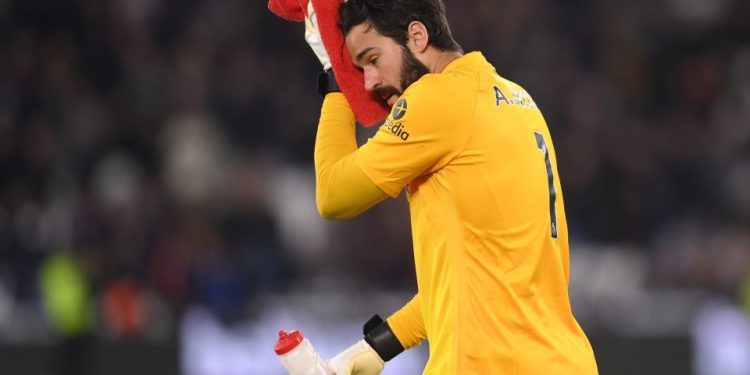 The news comes as a huge blow to the Reds who are playing in their final fixture before losing several key stars to the Africa Cup of Nations.

Alisson has been fantastic in his three-and-a-half years at Liverpool, but has now been struck down by CovidGetty

Liverpool are stretched dangerously thin with suspensions and injuries also reducing their numbers, but have now been struck down with a coronavirus outbreak.

Matip, Alisson and Firmino returned positive tests at the start of the week, with Andy Robertson suspended and Thiago, Divock Origi, Takumi Minamino and Nat Phillips also absent through injury.

Manager Jurgen Klopp has also returned a positive test, which means a threadbare Liverpool were without their talismanic leader in the dugout.

A statement on the club’s website read: “Alisson Becker, Roberto Firmino and Joel Matip have been ruled out of Liverpool’s clash with Chelsea today after returning suspected positive tests for COVID-19.

Kelleher has replaced Alisson in goal

“The trio will play no part in the fixture at Stamford Bridge and are now isolating.

“It follows news Jürgen Klopp will not be present at the encounter after also registering a suspected positive test.

“All other members of the Reds’ playing squad have subsequently been tested and received negative results.”

In place of Alisson, Caoimhin Kelleher is between the sticks for the Reds, although he won’t have to face Romelu Lukaku after he was dropped completely by Thomas Tuchel for comments he made in an interview in Italy.

Tavex Group, the market leader in complete gold trading services in Northern Europe, is consolidating its position in Romania