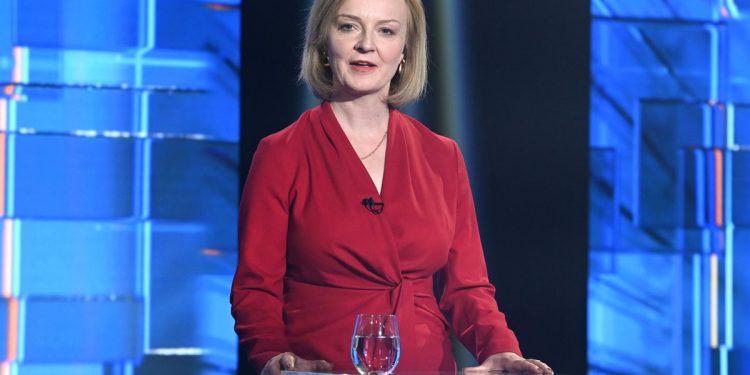 Foreign Secretary Liz Truss closed the gap on her nearest rival in the battle to replace Boris Johnson — as front-runner Rishi Sunak continued to pile up crucial backing from lawmakers Monday night.

Truss — whose campaign for the leadership suffered a rocky start, largely thanks to the unexpected success of Trade Minister Penny Mordaunt — picked up 71 votes from Conservative MPs in the latest round of voting, up from 64 in the last round.

Mordaunt remains in second place among MPs, trailing only Sunak — but she’s dropped a vote, down from 83 to 82.

Under Conservative Party rules, MPs whittle down the field of hopefuls in successive rounds of voting, with the lowest-placed candidates eliminated, before the final two are put to a vote of the rank-and-file Tory Party membership.

Those rules mean foreign affairs committee chairman Tom Tugendhat is now out of the race after placing last.

Former equalities minister Kemi Badenoch — a favorite of the party’s Brexiteer grassroots — remains in the race after earning 58 votes, up from 49. But she now faces a tough fight to overtake Truss and Mordaunt in the remaining rounds of voting.

Sunak won the votes of 115 MPs, up from 101 in the previous round. The former chancellor remains the candidate to beat, and is just five votes short of the 120 which would guarantee his progress to the final round, although polls show he may struggle to win the backing of Tory members.

Truss and Mordaunt are now the likeliest contenders to face Sunak, the former chancellor, in the final round of voting which will see the last two contenders duke it out for the backing of some 200,000 Conservative members.

The unpredictable race has seen an initial field of more than 10 candidates whittled down to the remaining four, with a number of surprises including better-than-expected performances from both Mordaunt and Badenoch.

The remaining candidates will now vie for the support of the 31 MPs who backed Tugendhat, who is from the party’s more centrist or ‘one nation’ grouping.

Sunak will hope to benefit, having become the favored choice of a plurality of Tory MPs from across the party’s many warring factions thanks to his two years running Britain’s finances.

Previously the bookmakers’ favorite until two TV debates saw her standing slip, Mordaunt will also hope to win over some of Tugendhat’s one nation supporters with an eclectic leadership pitch that has acquired backers from all areas of the party.

Truss and Badenoch, who has run on a free-market, anti-“woke” ticket, will continue efforts to win over the Tories’ most ardent Brexiteers and right-wing MPs ahead of another round of voting Tuesday.

The fight to lead the governing Tory Party was triggered by the dramatic resignation of Johnson, who was ousted following a host of resignations from his government over his response to a series of scandals. Johnson is staying on in an interim capacity while the leadership race plays out, and will step aside on September 6.