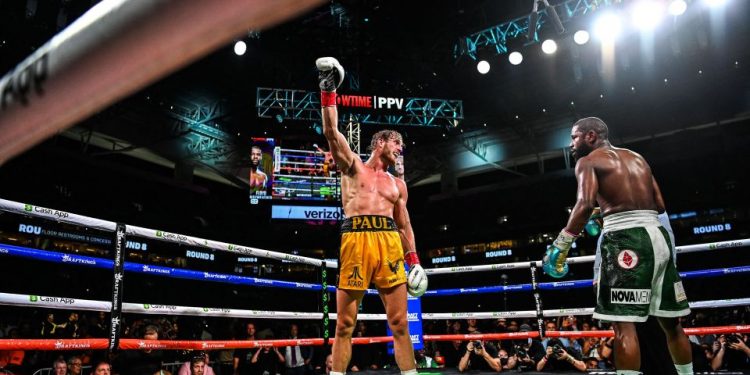 Logan Paul has revealed that he’s given up smoking marijuana at the start of 2022.

The YouTuber-turned-boxer recently listed ‘boxing redemption’ among his goals for the New Year, as he is yet to win a fight.

Logan began his career with a white collar draw when he fought fellow YouTuber KSI back in 2018.

KSI then won their professional rematch the following year.

Logan did not fight in 2020, but instead returned in 2021 with an exhibition bout against Floyd Mayweather.

This contest went the eight-round distance, but had no official result as it was merely an exhibition.

Now, Logan and KSI are teasing a mystery announcement for January 4, though it is thought that the former rivals will be collaborating on another project, rather than announcing a trilogy fight.

Regardless, Logan clearly intends to return to the ring in 2022 and has given up marijuana, which could well help his preparation.

“I quit smoking weed on December 24, been having some pretty nasty withdrawals (loss of appetite, insomnia, extreme irritability) — by far the hardest week of 2021 for me.

“Then yesterday on NYE, I got food poisoning (which was odd because all I had was a tiny croissant and a latte in the morning).

“I threw up 40+ times and spent the evening sweating in bed… AND all the pharmacies were closed so I couldn’t get any medicine.

“I was so dehydrated that I begged the only emergency ambulance in the city to hook me up to an IV so I could replenish and go out with my friends.

“They said it wasn’t possible unless they took me to the hospital. Obviously f*** that.

“In an attempt to initiate the rally of the century, I managed to put on my suit and go to the party for 10 minutes before I realised my fate was sealed.

“As I walked back home up the cold icy hill defeated and disappointed, I threw up another five times in the street. Didn’t miss a stride.

“Coincidentally, this is the third New Year’s in a row where I’ve been deathly ill, so I theorised: perhaps life has made the beginning of the past few years a nightmare for me so I appreciate the remaining 364 days.

“I consider it an involuntary ‘reset.’

“Having been physically and mentally humbled (again), it’s only up from here.

“I’m feeling much better today, and I know this year is going to be astronomical for me.

“I hope you all grab 2022 by the f***ing horns and accomplish everything you want.”

What Poland wants when it comes to US troops: Elsewhere in emerging Europe