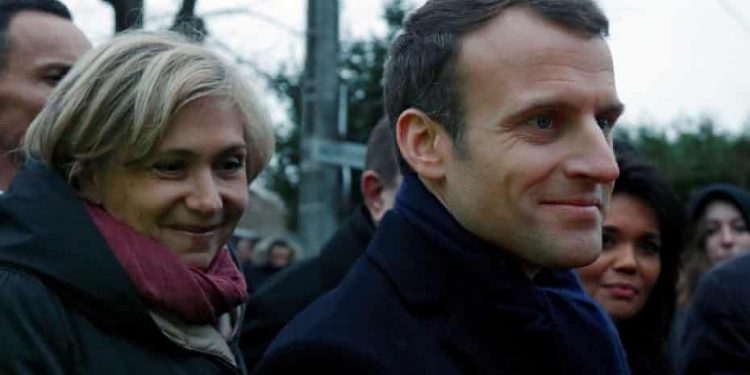 Emmanuel Macron faced criticism from political opponents and heated scenes in parliament on Wednesday after he gave a deliberately provocative warning to unvaccinated French people, saying he would make their lives as difficult as possible by curbing their access to spaces such as cafés and restaurants.

A crucial parliamentary debate on introducing a proposed Covid-19 “vaccine pass” for entry to areas such museums and long-distance trains was to resume on Wednesday afternoon.

The debate had been suspended just before 2am on Wednesday as lawmakers expressed outrage at Macron’s newspaper interview in which he said the five million people who had not had vaccines against the coronavirus were “irresponsible” and that he “really wanted” to “put them in the shit” by making their daily lives as complicated as possible.

The French government spokesman, Gabriel Attal, warned there would be a “supersonic” rise in Covid cases in France in the coming days and that infections were reaching stratospheric levels in the Ile-de-France area around Paris as well as some in other regions.

He said the situation in hospitals could worsen in the coming weeks. France recorded a record rate of almost 300,000 Covid infections on Tuesday.

The government, in a hardening of current rules, is seeking to make it mandatory for people to show proof of Covid-19 vaccination to enter cafés, restaurants, museums, cinemas and theatres, or to use long-distance trains. Repeated disruptions and clashes in parliament, as well as hundreds of proposed amendments, are leaving the government struggling to push the law through before its deadline of 15 January.

In an interview with readers of Le Parisien newspaper published on Wednesday, Macron, the French president, deliberately used the verb “emmerder”, which is derived from the word “merde” or “shit” and is widely used in France and considered vulgar slang. He said that he “really wanted” to put the non-vaccinated “in the shit” by making their lives very complicated and “limiting as much as possible their access to activities in social life”.

In parliament, opposition parties slammed Macron’s choice of language as unfit for a president and worrying in terms of voting through the new law.

Christian Jacob, president of the opposition, right-wing Les Républicains party, told parliament: “A president cannot say such things … I’m in favour of the vaccine pass but I cannot back a text whose objective is to put French people in the shit.”

Damien Abad, from the same party, slammed what he called unworthy, irresponsible and premeditated remarks which showed “childish cynicism”.

On the left, there was outrage over more of Macron’s comments, when, referring to unvaccinated people, he said that when some people’s freedom threatened those of others they became irresponsible, adding: “Someone irresponsible is not a citizen.”

Mathilde Panot, head of the parliamentary group for the left’s La France Insoumise party, told the house: “We won’t keep debating a text you presented as a protection of the French people and which is in fact a text to put a part of the French population in the shit and which has invented [the notion of] stripping French citizenship – by saying irresponsible people are no longer French citizens.”

Macron is expected to seek re-election in the presidential elections this April. However his key challenger, Valérie Pécresse, of Les Républicains, told French TV that he was dividing the nation by making some citizens seem better than others.

“It’s not up to the president of the republic to pick out good and bad French people,” Pécresse said. France needed a government to “unite people and calm things down”, she added.

But government figures and Macron allies stood by the president’s calculated choice of words and the strategy to make daily life very hard for unvaccinated people.

Macron is no stranger to rows over off-the-cuff comments or slang, telling interviewers last month that he regretted some of his comments of the past five years, saying “I’ve learned to have a lot more respect for everyone”.

But the vehemence of his comments about unvaccinated people and his deliberate choice of hard language was aimed at his own electorate, which is almost entirely vaccinated, and it was also a pre-election message to address the widespread exasperation at the Covid crisis in France.

Although France has historically had more vaccine sceptics than many of its neighbours, it has one of the highest Covid-19 vaccination rates in the EU. A majority of people is in favour of vaccination; about 90% of French people aged 12 and over are vaccinated.

Christophe Castaner, a key Macron ally and head of his grouping in parliament, said: “The president’s comments gave clarity, and we need that at this difficult moment for the country.” Castaner said that the president was giving a view that lots of French people shared.

Olivier Véran, the health minister, told parliament, that the aim of Macron’s entire interview was “the protection of the French people”.

Marc Fesneau, minister for parliamentary relations, said: “We need unvaccinated people to hear the message being sent to them by the government, parliament and the president – which is a message of responsibility.”