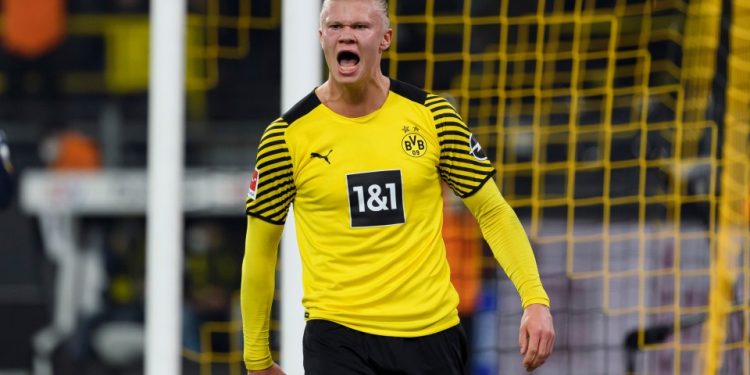 If Manchester United ever do manage to sign Erling Haaland, it’ll be a bit different to the last time they signed a young Norwegian striker.

The appointment of Ole Gunnar Solskjaer as manager might eventually have been proven underwhelming, but his signing as a player in 1996 was anything but.

He would finish his Red Devils career with 126 goals, despite arriving as a complete unknown alternative to the great Alan Shearer – who joined Newcastle instead.

Sure, Liverpool and Bayern Munich were keeping tabs on Solskjaer, but the interest was a drop in the ocean compared to his compatriot and fellow former Molde star Haaland in recent years.

Nevertheless, the Red Devils rented out a new private jet and Sir Alex Ferguson even bought some fish and chips to get Solskjaer on the books.

Even still, the Old Trafford tour guide had no idea who the Norwegian was.

He told Manchester United’s official website: “Were Liverpool and Bayern Munich in for me? Yes, [and] Cagliari, PSV and a couple of other teams. But I wouldn’t change the history. There was only one choice. It was fantastic when the call came.

“I was nervous [before meeting Ferguson], because you’re afraid that you’re going to say something daft and he’s going to have a wrong first impression. I knew he’d not seen me play a game, so it was an important meeting for me.

“It was just me. We had fish and chips at Old Trafford, in the restaurant back there, and it was maybe half an hour or 45 minutes.

“He said: ‘Use the first six months in the Reserves, then after Christmas maybe we can integrate you into the first-team squad.’

“They were just negotiating the deal inside Old Trafford, and they were giving me a tour. The tour guide just asked me [why I was here] and I said ‘I’m here to sign a contract’!

“He actually gave me his pen to sign the contract with! It was a proud moment for him as well, I think.”