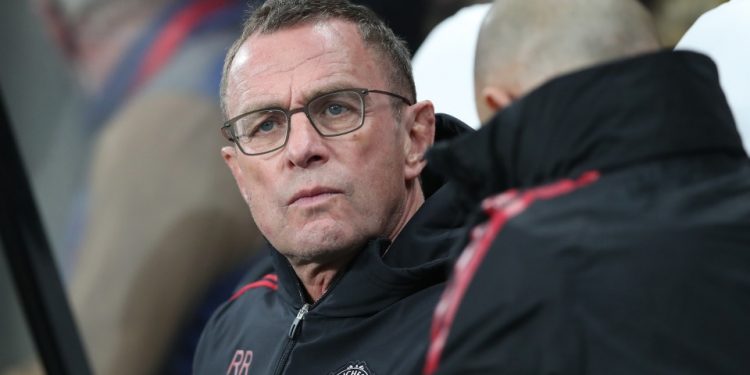 Manchester United will start the New Year outside the top six for the first time in 32 years if they fail to beat Burnley on Thursday evening.

It has been a turbulent Premier League season so far for the Red Devils with the sacking of Ole Gunnar Solskjaer following a poor start.

Marquee signings were made in Cristiano Ronaldo, Jadon Sancho and Raphael Varane, but things have gone backwards.

Ralf Rangnick was brought in to steady the ship, but it has been a bumpy start to his interim charge.

A coronavirus outbreak hit the squad causing games to be cancelled and the training ground being shut.

A disappointing draw with Newcastle on Boxing Day only added to the frustrations felt by fans.

Now Man United face starting the New Year outside the top six for the first time since the 1989/90 season.

During that campaign, United went into the turn of the year way down in 15th place.

Since then, the lowest the Red Devils have been is sixth on five occasions, while they have also won the Premier League 13 times and recorded 20 top flight crowns in total.

However, they have not been able to call themselves champions of England since 2013.

Rangnick’s side need three points to go above Spurs and climb into sixth, but must get past Burnley – with the match live on talkSPORT.

The odds would appear to be in United’s favour, though, as they have a good record against Burnley and also at the end of the calendar year.

Ronaldo has 13 goals in all competitions this seasonGetty

They have lost just one of their last 13 Premier League games against Burnley (W8 D4), going down 2-0 at Old Trafford in January 2020.

The Red Devils are also unbeaten in their final league game in each of the last nine calendar years (W6 D3) since a 3-2 loss against Blackburn at Old Trafford in 2011.

Burnley themselves also have a strong record on the final game of a calendar year. Dyche’s side have lost their final league game in just one of the last eight calendar years (W4 D3), though that defeat came against United in 2019 (0-2).