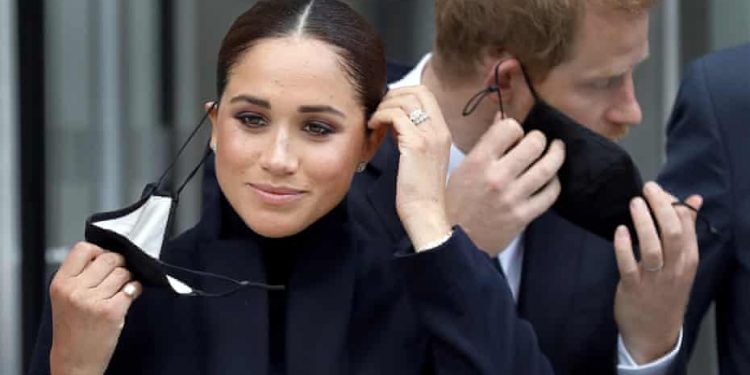 The Mail on Sunday will pay the Duchess of Sussex just £1 in damages for invading her privacy by publishing a private letter she had sent to her father.

The nominal sum is set out in court documents that also formally confirm that the newspaper – and its sister website MailOnline – has accepted defeat and will not be taking the long-running case to a supreme court appeal.

The outlet will also pay an unspecified sum for the separate case of infringing Meghan’s copyright by publishing large chunks of the letter.

Mark Stephens, a media lawyer, suggested that the nominal settlement for the privacy aspect suggested a weakness in that aspect of Meghan’s case: “Normally for that kind of invasion of privacy you would expect £75,000 to £125,000. It does show that the curation of her reputation was an area where she had effectively invaded her own privacy.”

The newspaper’s publisher has also agreed to pay a confidential sum in damages for copyright infringement. The Mail on Sunday also faces having to cover a substantial part of Meghan’s legal costs, which could be more than £1m.

The duchess had always said that her three-year legal battle against Associated Newspapers, the publisher of the Mail on Sunday and sister website MailOnline, was more about principles than money.

As part of the court settlement the Mail outlets have also been ordered to avoid disclosing the names of five of Meghan’s friends who anonymously spoke to People magazine for a 2018 article about the royal. The newspaper had previously sought to name the individuals in legal proceedings.

The Mail on Sunday and MailOnline were also ordered to carry front and homepage declarations that they had lost the legal case, with the courts even specifying which font the statements should appear in. The outlets chose to do that on Boxing Day, one of the quietest news days of the year.

Associated Newspapers had argued that Meghan’s case should have gone to trial but judges concluded ruled otherwise.

A ruling at the start of December said the duchess had a “reasonable expectation” of privacy regarding the contents of the letter to her father, Thomas Markle.

Meghan celebrated that victory by calling for a reshaping of the tabloid industry and spoke of how she had been patient in the face of “deception, intimidation, and calculated attacks” and criticised a “tabloid industry that conditions people to be cruel, and profits from the lies and pain that they create”.

At the time Associated Newspapers claimed it was willing to take the case to the supreme court but this turned out to be an empty threat.

Focus is now likely to turn to the actions of the duchess’s husband, Prince Harry, who is suing both Rupert Murdoch’s News UK and Daily Mirror publisher Reach over phone-hacking claims in a case that could be heard later this year.

One in five people in West Midlands do not use internet, says study