Mihaela Popa is the new general manager of CEC Bank 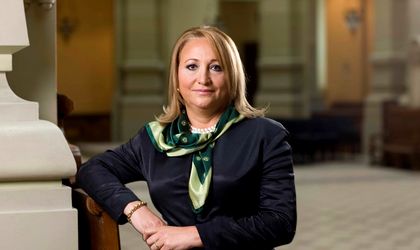 Mihaela Popa joined the management team as vice-president of the Corporate Division since September 2007, previously being sales director – Bucharest Branch. A graduate of the Academy of Economic Studies, Faculty of Finance and Banking, Mihaela Popa has more than 30 years of experience in banking. She started her career in 1978 at the Romanian Foreign Trade Bank (BCR), from 1999 to 2003, she was general manager at Italo Romena Bank, and from 2003 to 2006 branch director and regional director of Raiffeisen Bank Romania.

“Beyond the responsibilities, the appointment in this position represents for me a moment with a double emotional load. On the one hand, I see it as a takeover of the race that I have started 11 years ago, along with president Ghetea and colleagues in the Steering Committee. It was not easy, but together, we managed to win the first round of this race, and CEC Bank is currently a member of the elite banks in Romania, being a universal, modern and competitive commercial bank. On the other hand, I am convinced that the difficulties are just beginning as the Bank has to continue the race, continue the upward trend of the last decade and record a noticeable impact in terms of increasing efficiency in the near future,” said Mihaela Popa, general manager and president of the Steering Committee of CEC Bank.

“Although the road we have been doing so far has not been an easy one, we have succeeded in achieving the goal set in 2007: turning from a savings bank into a competitive universal commercial bank. The success of the “CEC Bank” project cannot be challenged by anyone and demonstrates fully that the decisions taken so far have been the right and necessary. Thanks to the entire CEC Bank team for the support she has given me as President of the institution. The Bank’s successful projects need to be continued and I wish success to the entire CEC Bank team, which is headed by Mrs. Mihaela Popa, a highly experienced professional,” added Radu Gratian Ghetea, chairman of the Board of Directors.