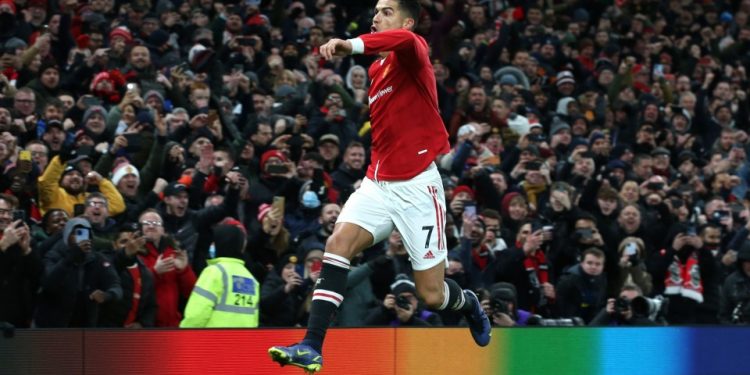 After recently breaking records for the most international and senior club goals, it’s hard to argue that Cristiano Ronaldo isn’t the greatest goal scorer of all time.

Ronaldo has found the net at an astonishing rate with over 800 goals during a trophy-laden career, and part of that has been thanks to his reliability.

Ronaldo is also smashing records for Portugal, thanks to his ability to avoid injuries and suspensionsAFP

The 36-year-old is 10th on the list of most professional appearances ever recorded, largely avoiding injury and suspension, allowing him to find the net on all fronts.

But that hasn’t come without controversy, particularly since Ronaldo returned to Old Trafford.

Ronaldo has been found with the odd discrepancy during his career, picking up seven red cards along the way, but he’s been lucky not to add to that since re-joining Manchester United.

Just days after signing for the club for the second time at the end of August, Ronaldo’s next game was in fact for Portugal in a World Cup qualifier.

Ronaldo downed Ireland but could have seen redGETTY

Two headers from Ronaldo past the 88th minute of the match saw Portugal not only win from 1-0 down, but their captain take the record as international football’s highest ever scorer.

However, things could have been very different just before Ronaldo missed a 15th minute penalty, when the striker raised his hands to Irish defender Dara O’Shea.

The Irish defender made the most of it, but didn’t get his own way

O’Shea was provoking Ronaldo by moving the ball from the spot, and duley got a reaction, but failed to get the Portugal talisman sent off for his ill-discipline.

A month on and Ronaldo’s glorious return to United had begun to lose its sheen, a worrying 4-2 loss against Leicester was followed by a 5-0 humbling by Liverpool, and their new recruit unleashed his frustrations.

Ronaldo had a bizarre kick out at JonesAFP

Ronaldo took Jones down with one kick, and fired in another two when the youngster was on the floor

3-0 down in the 45th minute and about to concede a further record breaking fourth first half goal at home to Liverpool, Ronaldo lost the ball to youngster Curtis Jones, and responded with a kick.

Jones was taken out and hit the deck, and Ronaldo responded with another two boots to his chest, but again, avoided red, leaving the incident with just a booking.

Tensions seemed to have simmered down for United following Ole Gunnar Solskjaer’s sacking, but with the side trailing against relegation candidates Newcastle, Ronaldo once again lost his mind on Monday night.

Fraser was completely cleaned out by the brutal challenge

1-0 down in the second half and with calls for more commitment from interim manager Ralf Rangnick, Ronaldo took things way too far when a loose ball appeared in the Newcastle half.

Beaten to it by Ryan Fraser, Ronaldo unleashed his fury on the Scot, swiping at the lost ball, and taking out the Newcastle winger with a body check akin to something seen in the NHL.

Newcastle’s players were shocked to see referee Craig Pawson only pull out a yellow card, and despite getting away with another one, Ronaldo’s frustration at United’s lack of performances could soon boil over once again.