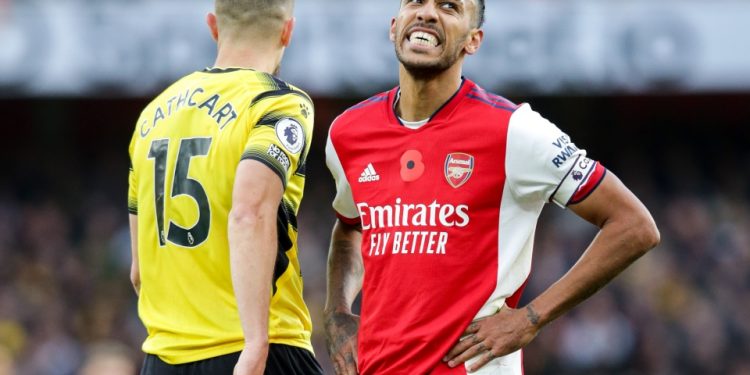 Newcastle United have been warned signing Pierre-Emerick Aubameyang would be a bad idea.

Just hours into the January transfer window and the Magpies, newly-flushed with cash after their takeover in October, have been revealed to be targeting the Arsenal forward.

The Gunners star has an uncertain future at the Emirates after a disciplinary issue, which has seen him lose the captaincy and be sidelined by manager Mikel Arteta.

Aubameyang hasn’t played for the north London side since a five minut cameo against Everton in early December.

And now Newcastle, who are set to be without Callum Wilson for a period of time through injury, are mulling over a move.

According to the Mirror, the Magpies are considering a loan deal with a view to buy the player for £20million if it proves successful.

Aubameyang IS unlikely to play for Arsenal again any time soonGETTY

But as the news broke, former Premier League striker Tony Cascarino insisted it might not be a good idea for Eddie Howe’s men to land the Gabonese ace.

“He’s someone who is not in the Arsenal first-team, let’s get that right,” he told the Weekend Sports Breakfast.

“Do you want a player who is going to show commitment, running, doing all the ugly stuff in the game that you’re going to need to survive? Does he do that very well? I’d say that’s the worst part of his game.

“Is he a quality footballer that can turn a game in a moment? At his best, yes. But when has he last done that regularly? Not very often this season, even towards the end of last season.

“I don’t see this deal being a good one for Newcastle at all. I think it will be more of an air of is Aubameyang doing Newcastle a favour and I probably think, no, he’s not going to be doing them a favour.”