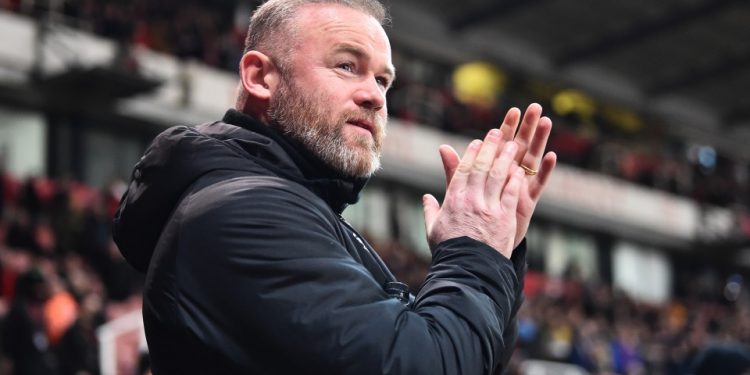 Wayne Rooney has emerged as the joint-favourite for the role at Everton following the Toffees continual poor displays under Rafa Benitez.

The bookies are also favouring Kasper Hjulmand while former Wolves and Spurs manager Nuno Espirito is just behind them in the betting but Frank Lampard isn’t far off.

Could Rooney replace Benitez? He’s impressed at Derby despite coming up against numerous hurdles including a 21-point deductionGetty

Everton are now 15th in the table eight points off the relegation zone but are arguably well off the mark to what they’re capable of.

The Toffees started off their campaign relatively well but wins have been hard to find since then with consistent losses throughout the rest of the season.

Either side of their win over Arsenal at the start of December they’ve not won their other 13 matches which traces back to September 13 which was their last victory.

As a result, coupled with the latest loss to Brighton Rooney is being tipped for the potential new role according to William Hill.

The 36-year-old started his career off in the blue part of Merseyside in 2002 where he stayed until the landmark transfer to Manchester United in 2004.

He returned to Goodison Park for one season in 2017 scoring ten goals in just 31 appearances and now he is being fancied to return to Everton once more.

Rooney is currently managing Derby where he’s been since 2020 and despite their massive points deduction he’s helped lead them to the glimmer of hope of staying in the Championship.

County are rock bottom of the division but with 11 points after the 21 points deduction is an incredible feat.

Another Premier League regular who has since made the switch to a managerial position is Lampard who is just behind Rooney in the list of contenders at 11/2.

Lampard departed his role at Derby, where Rooney is currently, for the vacant Chelsea position in 2019 but left to be replaced by Thomas Tuchel in January 2021.

A year later he could be in a position to takeover at another top-flight club in Everton who are in desperate need of performances.

Chelsea v Tottenham: Get up to £50 money back AS CASH on Cup tie with Betfair

Messi to play in England, Newcastle to spend big and Kane to join Man City

The conscience of the world cries out for a testimony of truth: Remembering the Katyn massacre 80 years on

NBA Defensive Player Of The Year Watch: The Top Candidates At The All-Star Break