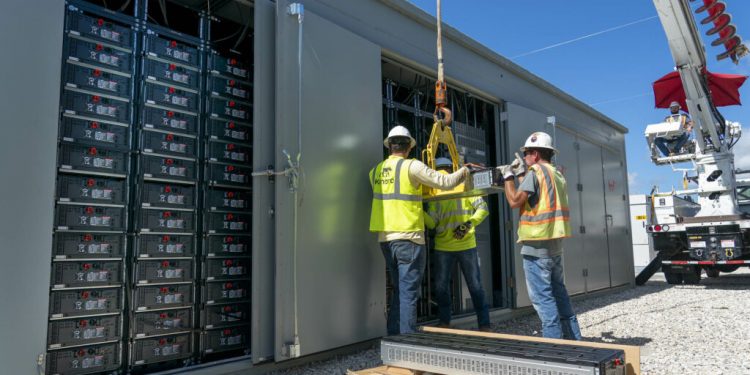 NextEra Energy has announced its new decarbonisation strategy, dubbed Zero Carbon Blueprint, which includes eliminating all scope 1 and 2 emissions from its operations by 2045 without the use of carbon offsets.

Reaching the “Real Zero” goal, which NextEra has described as “the most ambitious carbon emissions reduction goal ever set by an energy producer”, will require “significant investment” in wind, solar, battery storage, nuclear, green hydrogen and other renewable sources, the company said in a statement.

It said the Real Zero target was dependent, however, on “no incremental cost to customers relative to alternatives” and its efforts being “supported by cost-effective technology advancements and constructive governmental policies and incentives”, despite its old CEO saying government support such as the Build Back Better bill was not essential to its goals.

The company has set interim milestones every five years to help support its progress to Real Zero, with it planning to reach a carbon emissions reduction rate of 70% by 2025, higher than its previously commitment. This would then increase to 82% in 2030, 87% by 2035 and 94% by 2040, before hitting Real Zero no later than 2045.

The US utility also said that on top of its internal Real Zero goal, the Zero Carbon Blueprint will seek to help decarbonise more of the US power sector through investments in renewable technologies as well as targeting a broader decarbonisation of the US economy.

A “significant portion” of the strategy will be delivered at NextEra’s subsidiary Florida Power & Light Company (FPL), which the parent company said was the US’s largest electric utility serving over 12 million Floridians.

And it plans to do so through a massive increase of solar PV and battery storage.

Currently, FPL generates almost 4GW of power from solar and NextEra wants to increase this number to 90GW by 2045. When it comes to battery storage, FLP is seeking to add more than 50GW of battery storage to FPL’s grid, up from 500MW today.

Additionally, there would be space for more nuclear power, while the present natural gas use of 16GW would be replaced by green hydrogen in a process that would “not result in any stranded generation assets,” NextEra said, which is seeking to become a “leader in green hydrogen production”.

To read the full version of this story, visit PV Tech.

#RecyclingBreeze | A shield against waste. A new campaign against littering at the seaside