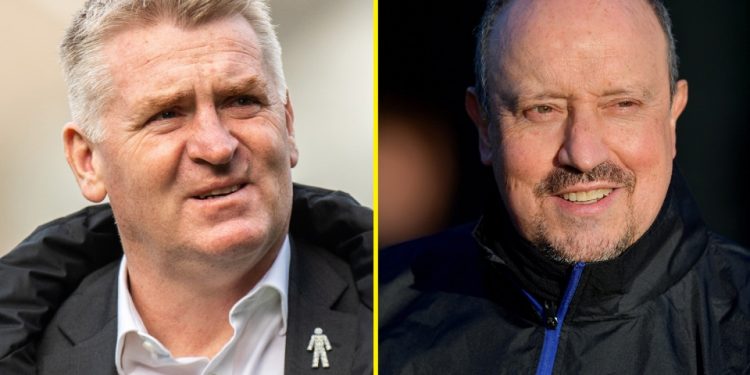 Everton will be looking to record their first win in four Premier League games against Norwich City this weekend.

The Toffees, who have not picked up three points since a 2-1 victory over Arsenal at the start of December, travel to face the rock-bottom Canaries.

Everton are just eight points clear of the relegation zone and not doing too well themselves, with Rafa Benitez coming under increasing pressure.

This Premier League clash will take place on Saturday, January 15 with kick-off at Carrow Road scheduled for 3pm.

talkSPORT 2 will have exclusive coverage starting from 2:30pm with Dan Windle serving as your presenter.

Commentary will then come from Ian Danter and former Arsenal winger Perry Groves.

Everton have been struck with injury problems this campaignGETTY

The hosts will still be without Christoph Zimmermann, Lukas Rupp, Mathias Normann, Billy Gilmour and Andrew Omobamidele through injury.

Todd Cantwell remains a doubt after illness but Josh Sargent should be available following his absence against West Ham due to personal reasons.

Everton, meanwhile, have a series of injury issues to contend with as well with Tom Davies, Richarlison, Yerry Mina, Fabian Delph and Jarrad Branthwaite all out.

Alex Iwobi is away on international duty at the Africa Cup of Nations, but Anwar El Ghazi is in line to make his debut following his loan from Aston Villa.

The situation looks hopeless for Norwich, who have just ten points from 20 Premier League outingsGetty

Norwich v Everton: What has been said?

Dean Smith has pleaded with fans to stop ‘sarcastic’ chants that he believes are not helping his side’s Premier League survival chances.

“I can be honest and say I don’t like the sarcasm from our own fans,” he said.

“We need to be together in this fight to stay in the league and as I’ve said the reasons for our performances and the results in the previous three Premier League games.

“We need our supporters to be with us as well, and I know at times there is only a minority, but I would ask them to refrain from that and get behind us and hopefully we can give them something to shout at.”