Passengers killed in ‘unprecedented’ attack on train in Nigeria 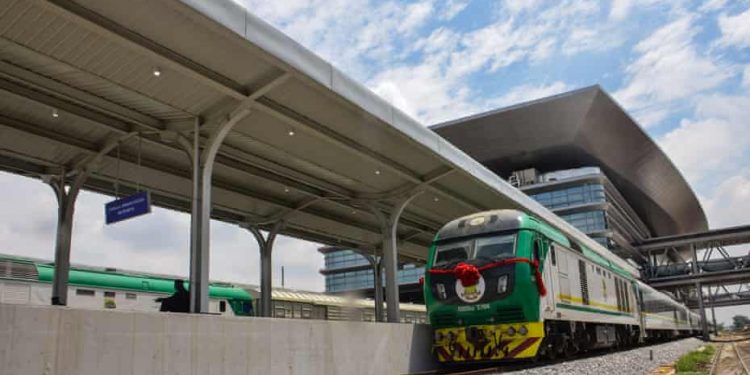 Several people have been injured and more are feared dead or kidnapped after gunmen attacked passengers on a train travelling between Nigeria’s capital, Abuja, and the northern city of Kaduna, entering carriages and opening fire before soldiers arrived at the scene.

The incident began just before 9.00pm on Monday, according to witnesses, when assailants reportedly detonated explosives to halt the train shortly before it reached Kaduna.

Authorities have not yet confirmed the attack, which looks like the most significant on the railway line from the capital since it began operating in 2016. According to local media reports, about 1,000 passengers were on board.

Many Nigerians use the railway as a safer alternative to the road route between the two cities, which for years has been one of the most dangerous in the country due to kidnappings and attacks by armed groups known as bandits.

Details of the latest incident emerged on Monday night when train passengers reported being shot and injured. Some complained that the attack continued for an hour before soldiers eventually arrived to rescue them.

Local media said at least one person was killed. A senator in Kaduna, Shehu Sani, said passengers and police reported that many people had been shot and killed. “Police officers confirmed that three train cleaners were killed. My friend’s wife, who was on the train, also said many people in her carriage were killed and injured and many kidnapped and taken away into the bush,” he said. “I got distress calls from some of the passengers. Even from the call you can hear the gunshots.”

Nigeria’s train operator, the National Railway Corporation, said on Tuesday morning: “Due to unforeseen circumstances train operations along the Abuja-Kaduna route has been temporarily suspended. Further communication would be given in due course.”

Government authorities have yet to release a statement. However, relatives told local media several people had been taken to hospital after the attack.

Much of north-west and central Nigeria has been in the grip of relentless attacks by so-called bandit groups, proscribed terrorists in Nigeria who have waged mass killings mainly in villages, rural towns and motorways. The groups – mostly ethnic Fulanis – have carried out thousands of abductions, killings, thefts and acts of sexual violence.

They emerged from a historical conflict that has worsened dramatically, between largely Fulani pastoralists and farmers of varying ethnic groups, over access to water and land and the boundaries between private farmland and grazing areas.

In recent years, the groups have overwhelmed communities and been more heavily armed than local police forces and vigilante groups.

Airstrikes have been launched on their hideouts in a forested expanse stretching from northern Nigeria into Niger but the attacks have continued.