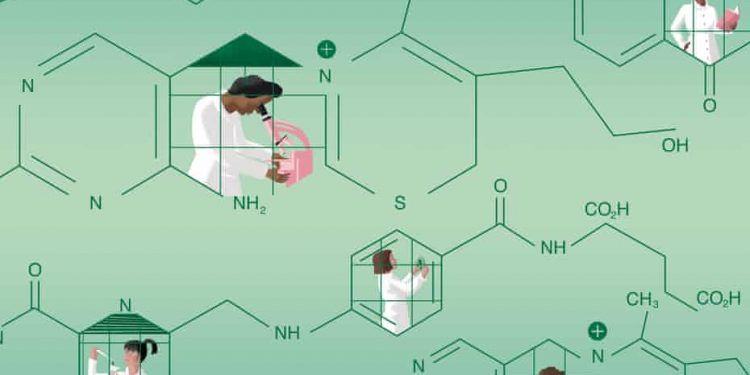 Scientific advances can often be taken for granted. Until a global pandemic, that is, when we all suddenly become acutely aware of the pioneering work done by scientists and researchers across the UK and beyond. They include postgraduates, whose work is often key to pushing the boundaries of science, whether in the development of medicines or advances in engineering. According to figures from the Higher Education Statistics Agency, there were 532,235 people in taught postgraduate programmes and 110,675 postgraduate research students in 2019/20.

Postgraduate numbers were highest for business, education and subjects allied to medicine, an area of science that arguably plays a vital role in research that keeps us happy, healthy and safe.

“The way to think of postgraduate research students is they are scientific researchers in an apprenticeship,” says Prof Jeff Bamber, deputy dean (biomedical sciences) at the Institute of Cancer Research. “They are learning how to do research and how to be research scientists. Therefore, they are fundamental and essential to the future of scientific research.” Whether studying for a PhD, an MPhil, or an MD (Res) – the research degree for medically qualified professionals – postgraduates are producing valuable research that ultimately helps the world, says Bamber.

That research can take different forms, from clinical studies to experiments or design, with the way they undertake their postgraduate research varying depending on their supervisor. Postgraduate work may involve plenty of learning, but it makes a huge contribution to research, says Bamber.

“[Students] spend up to four years studying one particular area very intensively and even though it’s just one person, perhaps acting as part of a team or a toe in the water approach of something new, they can often make massive contributions. PhD students often break new ground and what they are doing is at the cutting edge of research,” he says.

“I can think of students who have conducted drug trials that led to licensing of drugs to directly benefit patients; and engineering and physics students who developed entirely new imaging techniques that are now used when screening patients. There are so many examples.”

When Matt Clarke, 37, took time away from his training as a histopathologist to do a PhD looking at brain tumours in children under the age of four at the Institute of Cancer Research, he had no idea it would lead to a discovery that would help save lives. “The aim of the project was to try to classify tumours and do more to understand them and their treatment,” he says. “What was very exciting was that we were able to identify and characterise a relatively new type of tumour that occurs in these children, and were able to identify a particular change in the DNA that was actually treatable with drugs.”

The discovery led to the development of a treatment that is now in clinical trials. A paper on Clarke’s research was published in the journal Cancer Discovery in April and will also be included in a World Health Organization book on tumour classification. “It was a great privilege and very exciting to have made a difference,” says Clarke, from Suffolk, who is now training as a neuropathologist after finishing his four-year PhD in November.

Science postgraduates aren’t limited to biology or discoveries that lead to medicines or health treatment. Elsewhere, postgraduates are working on pioneering scientific developments from quantum communications to superfast 5G and developments in engineering and manufacturing. This kind of work is what helps create the technology we rely on every day, says Richard Burguete, postgraduate institute director at the National Physical Laboratory.

If anything, 2020 showed the importance of postgraduate work when it comes to science, he says, using the Covid-19 vaccines as an example. “There’s tens of thousands of PhDs involved and without this next generation you won’t solve the problems of the future.”

‘Find your niche, and excel in it’

Six of the best: Desserts from emerging Europe to satisfy anyone’s sweet-tooth