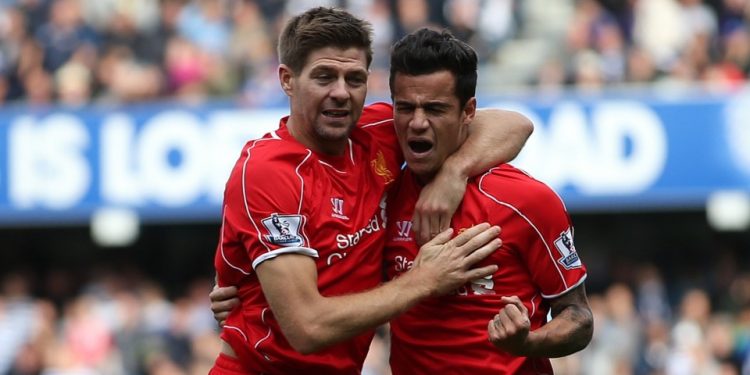 Philippe Coutinho is edging towards a reunion with Steven Gerrard at Aston Villa, talkSPORT understands.

The Brazilian is set to leave Barcelona on loan and is ready to make a final decision on his future on Friday but is believed to be attracted by the prospect of linking up with his former Liverpool teammate.

Gerrard and Coutinho are set to be reunitedgetty

Having started just five of 19 games in LaLiga this season, the former Liverpool playmaker is set to end his unsuccessful spell in Spain.

Coutinho joined the club in 2018 for a whopping £142million which is the third most expensive transfer in history.

While he has won several trophies since leaving Anfield, which included the Champions League for Bayern Munich in 2020, the former Inter Milan man struggled to convince many.

The move to Aston Villa though now appears to be imminent even after Steven Gerrard’s comments which appeared to play down the move.

“He [Coutinho] is someone I’ve got an incredible amount of respect for, but I don’t want to add to any speculation because he belongs to Barcelona,” said the Liverpool legend.

“I’ve got nothing but positive things to say about the player.

“He’s a friend of mine, so if I’m asked the questions I can speak for as long as you want. But if you’re trying to link it to any speculation or catch me out, you’re in for a long afternoon.

“A lot of names are bandied around and, for the sake of our supporters, when there’s something concrete they’ll be the first to know.”

Dóra Maurer at the Tate: Elsewhere in emerging Europe

Simona Halep after loss to Serena Williams: “I felt like I was being hit by a train in the first set”