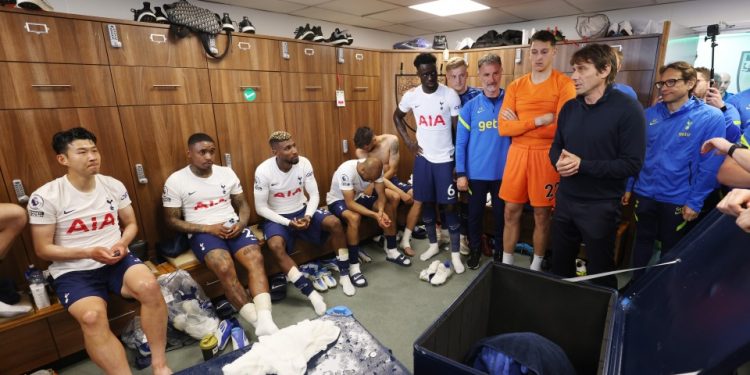 England rugby union head coach Eddie Jones is not a fan of FIFA’s plans to put cameras in dressing rooms during the 2022 World Cup in Qatar this winter.

According to reports, the governing body wants to give fans unprecedented access into teams’ inner sanctums during the global football spectacle.

Recent football documentaries mean fans are used to seeing what goes on in dressing rooms, but not in real time and not at such a huge tournament where pressure will be highGetty

FIFA wants to introduce the new behind-the-scenes coverage to give viewers access to all areas of the tournament and bring them close to players like never before.

It is understood the move would see cameras and TV monitors installed inside the home and away dressing rooms at each of Qatar’s eight World Cup stadiums, with footage from within being broadcast before, at half-time and after matches.

The footage would be live or with a slight delay, but it is claimed managers have demanded sound will be muted so team news and tactics aren’t leaked to opponents.

The move would see England manager Gareth Southgate’s half-time team talks broadcast to the world, with fans given incredible access to what happens in the dressing room in real time.

However, it appears not all are behind the scheme, with even England rugby chief Jones saying it’s a bad idea.

“I think there are some areas of the game we’ve got to leave to the players,” the Australian told the talkSPORT Breakfast.

“The time before the game is the players’ time, it’s not anyone else’s.

“I think we should leave it to the players to prepare for that without having a camera looking in there.

“We run our own inside documentary where we show a lot of the team, and we’re quite open to sharing the team, but I think there are some times where you‘ve got to leave the players alone and I’m really big on that.”

“I think a lot of people inside the game will agree,” added the talkSPORT pundit.

“In some areas, and a lot of coaches certainly of Eddie’s standing, we want a bit of privacy within that dressing room.”