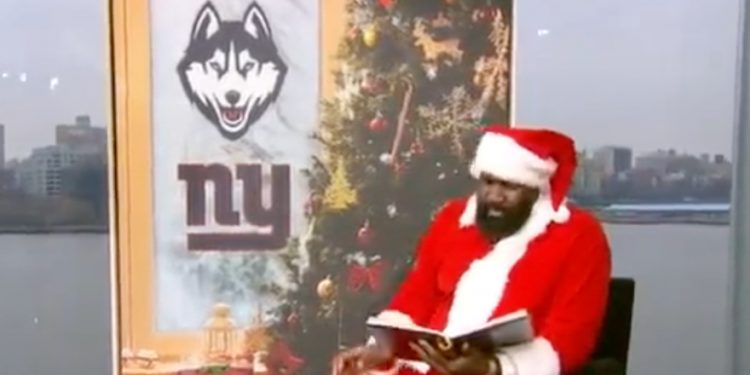 Everyone who celebrates Christmas has their own unique traditions as part of the holiday. There are big meals, watching holiday-themed movies with family, presents, all the stuff everyone knows and loves. For some folks, Christmas Eve can only end one way: The entire family coming together while someone reads “A Visit from St. Nicholas” by Clement Clarke Moore.

The Christmas spirit has made its way over to the Worldwide Leader in Sports, which isn’t a surprise, since ESPN airs the NBA’s Christmas Day slate. But instead of having Stephen A. Smith rank the reindeer on Santa’s sleigh — actually, you know what, scratch that because this is absolutely happening at some point in the future — ESPN had Kendrick Perkins go onto First Take as Santa Perk and read his own version of the beloved Christmas story.

Pretty good! I especially liked “LeBron, if AD can’t play, we know life is hard / your Lakers teammates have their AARP cards” and the nod to Smith that came from calling Aaron Rodgers a “bad, bad man.” Everyone seemed like they had a pretty good time with it, even if Ryan Clark put his head in his hands a few times from the jokes Perk fired off during this. Anyway, a very Merry Christmas to Kendrick Perkins.