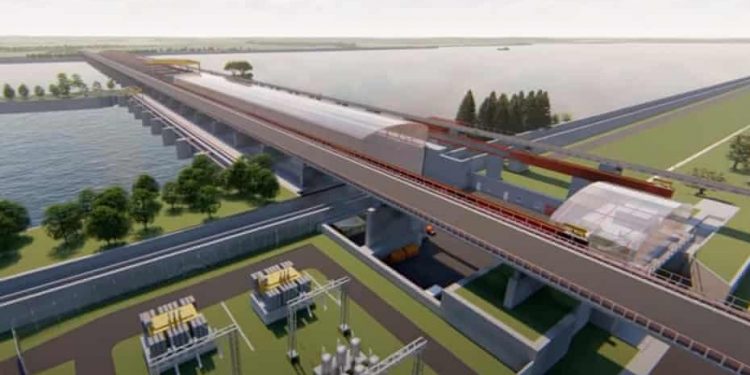 The construction of a €1bn (£850m) dam on the Vistula River is one step closer to getting the green light in Poland, despite warnings that it could devastate rare wildlife habitats.

The Vistula runs more than 620 miles from the Carpathian mountains, passing through major cities before flowing into the Baltic sea. The state-owned company Polish Waters intends to build a dam over the river’s main channel at Siarzewo, north west of Warsaw, with the primary aim of creating hydroelectric power as well as flood protection, water management and navigation.

Discussions about building a dam at Siarzewo have been going on for several years. In August, the plans for the dam were rejected by the Polish environment ministry after a coalition of NGOs warned it would damage one of Europe’s largest rivers, with irreversible impacts for wildlife and people.

However, in October that decision was reversed after a successful court appeal by Polish Waters. The provincial administrative court has given consent for “immediate implementation” of the dam.

The Siarzewo dam is considered a key component of the E40, a 1,240-mile international waterway that will link the Baltic and Black seas, running through the Chernobyl exclusion zone where dredging started last year. The waterway would dissect Polesia, a large wild area of eastern Europe known as Europe’s Amazon.

The dam would directly affect several EU designated wildlife sites downstream of the dam, including Włocławska Vistula valley, Nieszawska Vistula valley and lower Vistula valley, campaigners and scientists have warned. These reserves – which cover an area of 420 square kilometres – are Natura 2000 sites, meaning they protect the continent’s rarest and most threatened species, including the European fire-bellied toad, the large copper butterfly and European river lamprey.

The little tern, for example, is listed as vulnerable in Poland and 83% of its population nests in the Vistula valley. Human interventions on river systems are a significant driver of its decline. The proposed site of the dam is also a key spawning ground for critically endangered Baltic sturgeon.

“That translates into significant loss to populations of priority habitats and species under the Habitats Directive, including riverine forests,” said Dr Przemysław Chylarecki from the Polish Academy of Sciences. “In such a case the consent can be granted only if it is justified by reasons of overriding public interest. This is not the case for Siarzewo. None of the declared reasons for building the dam can be classified as having overriding public interest.”

Legal analysis from WWF Poland has shown that building the dam would violate the EU’s Habitats Directive and the Water Framework Directive. In August, the European Commission said the project did not currently comply with EU law.

“All independent environmental NGOs in Poland protested against the Siarzewo dam construction,” said Andrzej Mikulski, a hydrobiologist from Warsaw University. “Environmental consent for Siarzewo dam is highly flawed for the simple reason that the high negative impact of the planned dam on the environment is quite obvious and that this impact is not outweighed by the possible benefits. For several decades, the Polish scientific community has emphasised this many times.”

The middle and lower parts of the Vistula are in a natural state – apart from one dam in Włocławek – with high levels of biodiversity thanks to a natural riverbed, floodplain and dynamic arrangement of banks and channels. The dam would turn “several dozen kilometres of the Vistula into a highly eutrophic lake”, degrading the river and valley below the dam, and also making the reintroduction of migratory fish “very difficult or impossible”, according to Mikulski.

A 2019 report found that a new generation of hydroelectric dams are threatening Europe’s rivers, fuelling the steep decline of freshwater fish such as salmon, trout and eels, according to the first inventory of Europe’s hydropower plants by RiverWatch. The European Environment Agency has found dams and reservoirs are linked to increased coastal erosion and flooding elsewhere.

A spokesperson for Poland’s Ministry of Climate and the Environment said it had not yet received the final judgment on the dam’s construction and that the files regarding the provincial administrative court decision have not yet been returned. “Until the proceedings are resolved, it would be all too soon to comment on the case,” the spokesperson said.

A spokesperson for Polish Waters said the Siarzewo dam is necessary to protect human health, the health of the economy and is an important part of flood protection and infrastructure. They added that the project is in keeping and in accordance with Polish law and EU law, the Habitats Directive and Water Framework Directive, and nearly 100 specialists in various fields had worked on the development, including engineers and natural scientists.

Polish Waters disputes that the construction will be bad for wildlife or the natural environment. “The results were collected and developed using the most modern methods and techniques available … We wish to add that it is untrue that all environmental organisations are against the implementation of the Siarzewo dam,” the spokesperson said.

Find more age of extinction coverage here, and follow biodiversity reporters Phoebe Weston and Patrick Greenfield on Twitter for all the latest news and features