Polish opposition says government use of spyware is ‘crisis for democracy’ 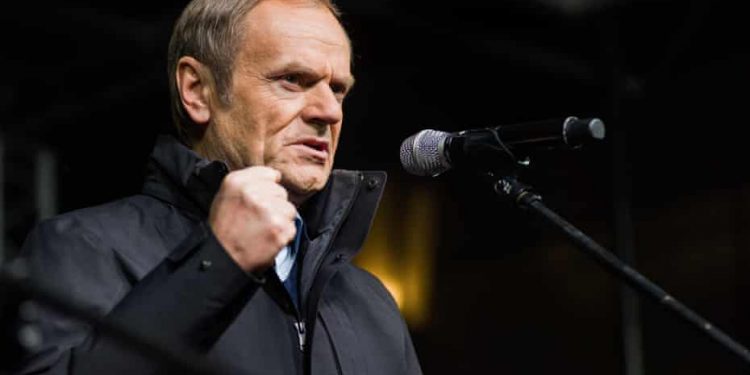 Polish opposition leader Donald Tusk said on Tuesday reports that the government spied on its opponents represented the country’s biggest “crisis for democracy” since the end of communism.

A cybersecurity watchdog last week said the Pegasus spyware had been used to target prominent opposition figures, with Polish media dubbing the scandal a “Polish Watergate”.

“This is unprecedented in our history,” former EU chief Tusk, who now heads the Civic Platform party, told reporters.

“This is the biggest, deepest crisis for democracy since 1989.”

Tusk also called for a parliamentary inquiry into allegations that Pegasus was used against Krzysztof Brejza, a member of his party who co-ordinated its 2019 election campaign.

The Citizen Lab, a Canada-based cybersecurity watchdog, said Pegasus had also been used against Roman Giertych, a lawyer involved in cases against the ruling Law and Justice (PiS) party, and Ewa Wrzosek, a prosecutor and opposition figure.

Smartphones targeted by Pegasus are essentially turned into pocket spying devices, allowing the user to read the target’s messages, look through their photos, track their location and even turn on their camera without them knowing.

The malware, created by Israeli technology firm the NSO Group, was engulfed in controversy earlier this year after a collaborative investigation by several media outlets reported that governments used Pegasus to spy on activists, journalists, lawyers and politicians.

Polish media have likened the allegations to a “Polish Watergate” – referring to a scandal over political campaign dirty tricks that led to former US president Richard Nixon’s resignation in 1974.

Prime minister Mateusz Morawiecki said he had “no knowledge” of any wiretapping but added that, if it was confirmed, it could “potentially” turn out to be the work of foreign secret services.

Stanislaw Zaryn, the spokesperson for the ministry in charge of the secret services, said the allegations that Polish services “use these methods in operational work for political ends are false”.

He did not confirm or deny whether Poland had used Pegasus but said that “operational work” in Poland can only be carried out on request from the prosecutor general and after a court order.