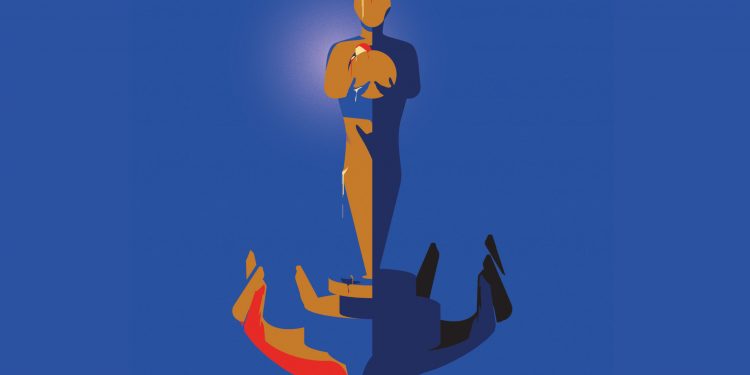 If there’s one thing journalists and politicians share in common, it’s a love of prizes. Even hard-nosed reporters go weak-kneed at the prospect of receiving formal recognition from colleagues for their imagined accomplishments. Politicians, a caste not unfamiliar with the concept of narcissism, are arguably worse, throwing out taxpayer money to stage grand ceremonies for the simple task of hanging a piece of gilded tin around some has-been’s neck.

We’ve decided to forgo the medals and pomp for our awards. Think of them as anti-Charlemagne Prizes: awards no one wants, but that every recipient deserves.

Back in February, just after throwing Alexei Navalny into a gulag and cracking down on his supporters, Russian President Vladimir Putin received a much-needed PR lift from none other than EU foreign policy czar Josep Borrell. On a visit to Moscow, the Spaniard praised Russia’s scientific genius in creating the Sputnik vaccine, saying he looked forward to bringing it to Europe. He then stood grinning at a press conference with Sergey Lavrov, as the Russian foreign minister dismissed the EU as an “unreliable partner” on live television.

It’s not easy being the Council President. Or is it the President of the Council? No one outside the EU quarter in Brussels knows — or really cares. Just ask the incumbent Charles Michel. Try as he might to draw attention, the former Belgian prime minister, who in his trademark dark turtleneck looks more like a French intellectual than an EU influencer has a name recognition on par with Herman Van Rompuy. Who? Exactly. All the more frustrating then, that the one time Michel found himself in the spotlight it was for acting like a cad in the court of Turkish neo-sultan Recep Tayyip Erdoğan during a trip to Ankara. In an episode that came to be known as #sofagate, Michel channeled his inner Trump and seated himself next to Erdoğan for a photo-op, relegating Commission President Ursula von der Leyen to a couch across the room, where she sat alone.

The Donald J. Trump award for telling the world how you really feel

In modern politics, with its spin doctors, carefully crafted press releases and image consultants, it’s become rare to hear what a national leader really thinks. But when it happens, it’s often spectacular. For many, that was the real attraction of Trump — a politician unplugged. France’s Emmanuel Macron proved this fall that the pleasure is no less sublime when delivered with a French accent. Asked in October whether he thought Australian Prime Minister Scott Morrison had lied to him before canceling a multi-billion euro submarine order with France, Macron responded: “I don’t think, I know.”

Swedish climate activist Greta Thunberg’s genius has been to turn the tables on the teenager-adult dynamic. Instead of doing the lecturing, the adult world has found itself on the receiving end. But like any schtick, it’s gotten old. Greta managed to go viral again with her ‘blah, blah, blah’ speech in the run-up to COP 26, but only because it was weirdly funny. When Greta first hit the world stage a few years ago, she was both original and poignant. She’s become a broken record. We all know that climate change threatens the future of the planet, but we also understand that the world is a complicated place. Now that Greta is herself an adult, it’s time for her to learn that lesson too and grow up.

When Sebastian Kurz became Austrian chancellor at the tender age of 30, his success looked like a political fairytale. These days it looks more like a Netflix series. Now 35, Kurz has two resignations behind him and is fighting for political survival amid as-yet-unproven accusations that he and his allies paid off pollsters and journalists on their path to power. Though he stepped down as chancellor amid a criminal investigation, Kurz remains the head of his conservative party. Even so, it’s likely only a matter of time before the House of Kurz gets canceled.

We all know the feeling of having been there and done that. Yet Angela Merkel, Europe’s unofficial queen, is in a class with only one other person: Queen Elizabeth II herself. After 16 long years, Merkel participated in more tedious summits and met more boring heads of state and government (not to mention their spouses) than most of us could fathom. Her special skill has been to feign interest, unsmilingly, while saying and doing nothing to betray how tedious she finds it all. That might explain why the only time Merkel showed any real emotion in recent months (aside from her visit to an aviary full of colorful birds) was her recent visit to Windsor Castle. Birds of a feather, indeed.