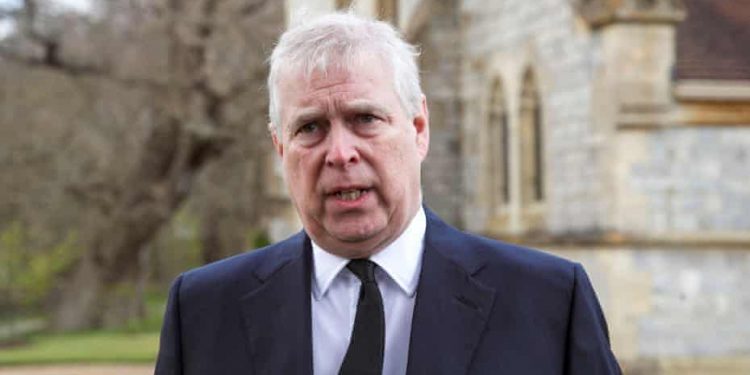 A near-dozen-year-old legal settlement between Virginia Giuffre and Jeffrey Epstein, the late financier and convicted sex offender whom she accused of sexual abuse, is expected to be unsealed on Monday.

The unsealing stems from Giuffre’s sexual abuse lawsuit against Prince Andrew, which she filed on 9 August in Manhattan federal court.

Giuffre has long accused Epstein and his sometime girlfriend Ghislaine Maxwell – now a convicted sex-trafficker, after the conclusion of her New York trial last week – of forcing her into sex with Prince Andrew when she was 17. The Duke of York vehemently maintained his innocence.

Prince Andrew filed Giuffre’s settlement with Epstein as part of his attempt to dismiss her case against him, arguing that it shields him. Lawyers for the prince contend that the settlement contains provisions that bar Giuffre from taking legal action against many of Epstein’s associates.

“Giuffre settled her sex-trafficking and sexual-abuse claims against Epstein in 2009. In doing so, she provided Epstein with a general release of all claims against him and numerous other individuals and entities,” Andrew’s attorneys said in a court filing on 29 October court.

“To avoid being dragged into future legal disputes, Epstein negotiated for this broad release, insisting that it cover any and all persons who Giuffre identified as potential targets of future lawsuits, regardless of the merit – or lack thereof – to any such claims.”

The attorneys also said: “Because Prince Andrew is a senior member of the British royal family, he falls into one of the expressly identified categories of persons, ie, royalty, released from liability under the release agreement, along with politicians, academicians, businessmen, and others allegedly associated with Epstein.

“As a third-party beneficiary of the release agreement, Prince Andrew is entitled to enforce the general release contained therein.”

Prince Andrew’s lawyers also said the former Epstein attorney Alan Dershowitz was protected by this agreement. Giuffre has accused Dershowitz of sexual misconduct facilitated by Epstein, which he has repeatedly denied.

Giuffre filed a defamation lawsuit against Dershowitz on 16 April 2019. Dershowitz filed the Epstein settlement agreement in his fight against that suit.

“Professor Dershowitz, as a third-party beneficiary of the 2009 settlement agreement, was entitled to rely upon and enforce the terms of that secret deal,” lawyers for Prince Andrew said.

On 14 December, explaining why the settlement should be filed publicly, judges in the Prince Andrew and Dershowitz cases said: “Mr Epstein, as is well known, is deceased. The document is well known to Ms Giuffre and, although under seal, has been available to all parties in these cases for some time.

“We question whether any proper purpose would be served by the continued secrecy of the document save, perhaps, the dollar amount of the settlement it provided for.”

On 29 December, judges ordered the unsealing of the agreement, saying nobody –including representatives of Epstein’s estate – had made an adequate showing as to why it should remain under wraps. They said it would be posted publicly to the docket “on or about 3 January 2022”.

Lawyers for Giuffre have requested documents as part of her litigation, such as proof of Prince Andrew’s claim, in a notorious Newsnight interview, that he cannot sweat.

Giuffre has claimed that he was “sweating profusely all over me” at a London discotheque on a night when she alleged they had sex.

The duke said on Newsnight that allegation could not be true, “because I have a peculiar medical condition which is that I don’t sweat or I didn’t sweat at the time”.

The prince also maintained that on the day cited by Giuffre he took his daughter Beatrice to a late-afternoon children’s party at a Pizza Express restaurant in Woking, Surrey. Following the pizza party, he said, he was home with his children all night.

Prince Andrew’s public profile has been damaged considerably by his controversial association with Maxwell and Epstein.

On 29 December, a federal jury in Manhattan found Maxwell, the daughter of the late press baron Robert Maxwell, guilty on five counts – including sex trafficking – for luring girls as young as 14 into Epstein’s orbit for him to sexually abuse.

Maxwell, 60, says she is innocent. Her lawyers said they planned to appeal.

Epstein, who also counted former presidents Donald Trump and Bill Clinton among his associates, was arrested in July 2019 for sex trafficking teen girls. He killed himself about a month after his arrest in a New York jail, while awaiting trial.

Poles and Belarusians divided by a common history