‘Relieved and grateful’: victims and others react to Maxwell guilty verdict 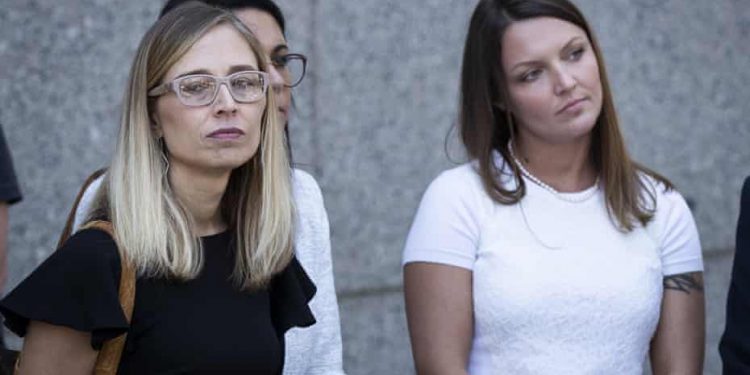 A victim of Ghislaine Maxwell who testified at her sex trafficking trial has said she feels “relieved and grateful” about the guilty verdict, while another woman who has accused Maxwell of involvement in her abuse said the former British socialite was “more evil” than Jeffrey Epstein.

Maxwell was found guilty on five of six charges for her involvement in Epstein’s sexual abuse of teenage girls. Prosecutors said that Maxwell “preyed on vulnerable young girls, manipulated them and served them up to be sexually abused”.

“I am so relieved and grateful that the jury recognized the pattern of predatory behavior that Maxwell engaged in for years and found her guilty,” said Annie Farmer, one of the victims who testified at the trial. “She has caused hurt to many more women than the few of us who had the chance to testify in the courtroom. I hope that this verdict brings solace to all who need it and demonstrates that no one is above the law.”

Farmer, one of four accusers in this case and the only one to testify under her full name, told the court that Maxwell gave her a nude massage at Epstein’s New Mexico ranch when she was just 16. She met Epstein through her sister Maria, who worked for him as a fine arts painter.

“ANNIE AND I ARE SOBBING WITH JOY!!!,” Maria Farmer said on Twitter after the verdict was announced.

Virginia Giuffre, another Epstein victim who has accused Maxwell of being involved in her abuse, described the Briton as “more evil than Epstein”.

“What Ghislaine did to so many of us is unforgivable,” Giuffre told The Cut. “She used that charm, that wit, that smile to come off as somebody you want to trust.”

Giuffre described the verdict as “a bittersweet emotion because I have been fighting for so long”.

“Justice to me looks like holding all of these people involved in the sex ring, those who greased its wheels, named and shamed,” she said. “I’m sick of carrying around that shame. That shame doesn’t belong to me.”

She separately tweeted: “My soul yearned for justice for years and today the jury gave me just that. I hope that today is not the end but rather another step in justice being served. Maxwell did not act alone. Others must be held accountable. I have faith that they will be.”

Giuffre is suing Prince Andrew in a civil lawsuit, claiming he had sex with her on three occasions two decades ago when, aged 17, she had been sexually trafficked by Epstein, allegations Andrew vehemently denies.

Teresa Helm, another of Maxwell’s accusers, told the BBC Maxwell would “never again have the opportunity to take anything from anyone”.

She said: “Justice takes the lead today. I am consumed with gratitude for every brave, courageous and justice-driven person that has fought for this outcome.

“Ghislaine Maxwell will never again have the opportunity to take anything from anyone. She will reside on the other side of freedom. Us survivors, we go free.”

Damien Williams, the US attorney for the southern district of New York, hailed the verdict against Maxwell for “one of the worst crimes imaginable, facilitating and participating in the sexual abuse of children”.

“The road to justice has been far too long, but today justice has been done. I want to commend the bravery of the girls, now grown women, who stepped out of the shadows and into the courtroom,” Williams said.

Lisa Bloom, a lawyer for some of Epstein’s accusers, said she expected Maxwell to spend the rest of her life behind bars.

She told the BBC: “She is 60 years old, she has been lucky to have 60 years of freedom, it is far too much. We hope that she never walks free again … The trial showed she was no scapegoat – she wasn’t on trial for just hanging around with Jeffrey Epstein, she was on trial for her own actions.”

Dave Aronberg, the state attorney in Palm Beach county, Florida, where Epstein had a mansion at which he abused teenage girls, told CNN that Maxwell “just got what was coming to her”.

Sigrid McCawley, who represents several victims, said that with the verdict Maxwell has been held accountable and justice served.

“Today’s verdict is a towering victory, not just for the brave women who testified in this trial, but for the women around the world whose young and tender lives were diminished and damaged by the abhorrent actions of Ghislaine Maxwell,” McCawley said.

Maxwell did not speak or look at the jury as the verdict was read, the journalist Julie Brown, who spent years working to expose Epstein’s crimes, said on Twitter.

“As the verdict was read Maxwell struggled to stand, but said nothing,” Brown tweeted. “Maxwell, 60, appeared shaken, she sipped a cup of water then slumped back in her chair. She did not shed a tear.”

Maxwell faces up to 65 years in prison. Late Wednesday, Maxwell’s brother, Kevin Maxwell, said the family stood by her and believed she would be vindicated on during the appeals process. “We firmly believe in our sister’s innocence,” he said in a statement.