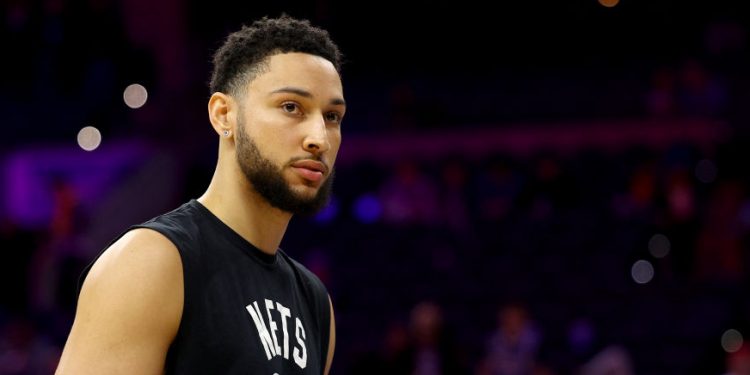 The Brooklyn Nets continue to operate as two distinct entities: an away team where Kyrie Irving seems to take the lead with Kevin Durant in a more supporting capacity and a home team where Durant becomes the sun, moon, and stars for the team with Irving still unable to play in Brooklyn as he remains unvaccinated.

As the playoffs approach and New York City and Kyrie Irving remain entrenched in their respective positions on the vaccine and mandate, there is a real possibility the Nets have to go through the play-in and playoffs continuing on with their split personality. Aside from Irving’s status for road games, Brooklyn is also waiting patiently for the on-court arrival of their big trade deadline acquisition Ben Simmons, who has had his ramping up process after sitting out all year in Philadelphia delayed due to a back injury.

On Wednesday, Nets coach Steve Nash announced that Simmons had an epidural on Tuesday in hopes that it will assist in his recovery and relieve his back soreness, but that there was still no timetable for his return.

Ben Simmons had an epidural while the Nets were in Orlando. The expectation is that the procedure helps Simmons accelerate his back rehab, says Steve Nash.

ESPN’s Adrian Wojnarowski and Ramona Shelburne then brought word that Simmons is dealing with irritation in a disc in his back, and that optimism that he might return this month has waned and now the hope in Brooklyn is that they get any time with Simmons on the court before the playoffs.

ESPN reporting with @RamonaShelburne: Brooklyn Nets All-Star Ben Simmons has remained sidelined with an irritation of the L-4 disc of the lower spine and hope remains he can return for a “couple” of regular-season games prior to the Eastern Conference playoffs. Story soon.

When Simmons started in rehab in Brooklyn, there had been a quiet target date of Friday vs. Portland for a return, sources said. Now, the hope is Simmons can play a couple of games — perhaps April 8 and 10 — before the opening of the Eastern Conference playoffs.

That would make it very difficult to build real chemistry on the court between Simmons and his co-stars before the play-in and playoffs begin, and Simmons, moreso than a scorer like Kyrie, would seem to build that rapport before having the maximum impact he’s capable of having. That also seems like the best case scenario for Simmons, and we’ll have to continue to wait for anything official to know if his Nets debut will come during the regular season.