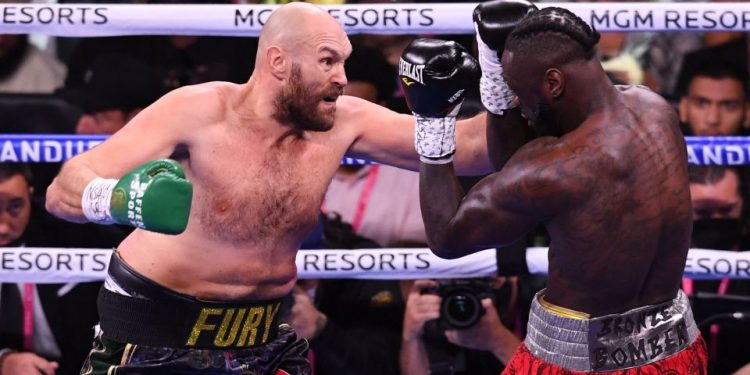 Ricky Hatton has declared Deontay Wilder his ‘Villain of the Year’ for 2021 for the way he reacted to his defeats to Tyson Fury.

‘The Bronze Bomber’ put in a valiant display against Fury in October, with their trilogy fight ebbing and flowing as both men touched down on the canvas.

Despite Wilder’s best attempts to keep Fury down, the ‘Gypsy King’ prevailed and retained his WBC and Ring Magazine heavyweight titles with an emphatic knockout.

Yet Hatton was less than impressed with some of the comments the American made before the fight and his behaviour after it.

‘The Hitman’ was in the corner for Fury’s first fight in December 2018, yet did not escape Wilder’s wrath as the ‘Bronze Bomber’ made a host of wild accusations after the defeat in 2020 and before the 2021 trilogy fight.

With that in mind, Hatton had no choice but to condemn Wilder for his behaviour in Las Vegas after the final bell in his column for the Metro.

Wilder was inconsolable in his cornerGetty

Hatton wrote: “He got a lot of praise after the third Fury fight but let’s remember, at times this year Deontay Wilder hasn’t exactly covered himself in glory.

“He did with that performance back in October, but I still remember him refusing to shake Fury’s hand after the fight when he went over to his corner, that has stuck in my mind.

“And that’s before we even go back and look at all the excuses he came out with at the start of the year. Accusing Fury of cheating, claiming his water was spiked, claiming his coach Mark Breland was working against him, claiming I put plates in the gloves!

“Yes, he managed to redeem himself in the third fight and won back a lot of respect. But after the final bell when Tyson went to shake his hand, he put his foot in it again.”