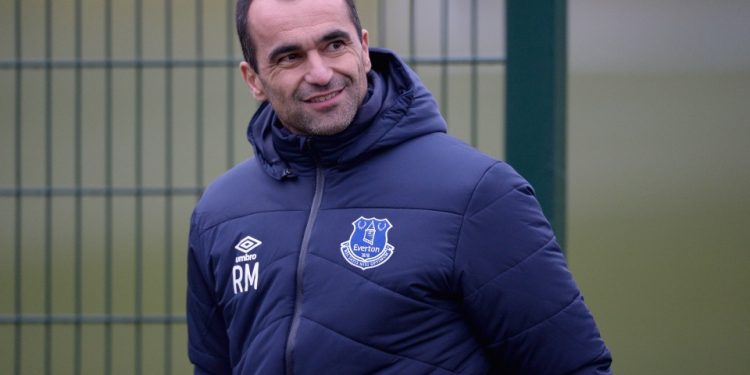 Roberto Martinez is a leading contender for the vacant manager’s job at Everton following their decision to sack Rafael Benitez.

Former Liverpool boss Benitez was axed as manager after just 200 days in charge at Goodison Park and leaves them 16th in the Premier League.

Currently managing the Belgium national team, Roberto Martinez could make a return back to EvertonGetty

Belgium gaffer Martinez, 48, has been linked with making a return to Merseyside, six years after leaving the club.

In his time with the club, he took them into to the Europa League, and into two cup semi-finals.

One thing needed if Martinez does join is better recruitment after recent big-money flops.

He signed a whopping 24 players during his three years at Everton but does his track record bode well for fans should he be trusted in charge of their current rebuild?

Now Chelsea’s record signing at a mammoth £97.5million, Romelu Lukaku was by far and away the most high profile and successful player Martinez brought to Goodison Park.

Lukaku – who is currently working under Martinez at Belgium – was prolific at Everton over a four-year spell that included one season on loan.

The Toffees signed the striker for £28m before he was sold to Manchester United in 2017 for £75m after 53 goals in 110 Premier League appearances.

Martinez signed Lukaku on a permanent deal from ChelseaGetty

At the other end of spectrum in terms of money spent, experienced England midfielder Gareth Barry went was a smartin buy at Everton having arrived in the same month as Lukaku.

Barry was 33-years-old when Man City released him but he still made 155 appearances for Everton and was voted player of the season in 2015/16.

Eventually, the arrival of Morgan Schneiderlin under Martinez’s successor Ronald Koeman saw Barry fall down the pecking order and he left for West Brom in 2017.

An intriung signing by Martinez was iconic Cameroonian Samuel Eto’o, who managed just four goals in 20 appearances during his five-month stay on Merseyside after signing from Chelsea.

Eto’o was still a popular figure with half of his entire Everton goal tally memorably coming in just one game against Burnley.

The former Barcelona striker, who snubbed a move to Liverpool, claimed last year: “Signing for Everton was one of the best decisions I’ve ever taken.”

Meanwhile, if Martinez rejoins the club, one of his signings is still in Everton’s current team.

Defender Mason Holgate was plucked from Barnsley for a bargain £2m back in 2015.

Holgate was labelled ‘phenomenal’ by the Spaniard upon his arrival but he wasn’t promoted to the first-team squad until a year later under Koeman.

The versatile defender has made 101 Premier League outings at Everton with his solitary goal coming in a 2-0 win over Leicester in December 2020.

Martinez did also sign a series of flops during his time at Everton, with Arouna Kone and Jindrich Stanek among the most-notable names.

But perhaps the least value for money transfer was the £3m spent to bring Tarashaj from Swiss side Grasshoppers in January 2016.

“Shani is an enormous young talent in Swiss football who, without a doubt, will have a great future,” said Martinez at the time.

Tarashaj was loaned back to Grasshoppers immediately for the rest of the season so that he could complete his national service.

Martinez had been sacked by the time he finally arrived in the summer and he was eventually released in 2020 having never made a first-team appearance.