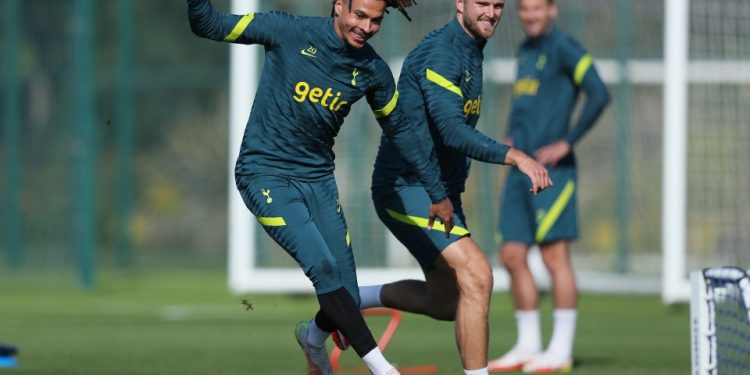 Roy Keane is not one to hide his feelings about other clubs and players and revealed how shocked he was at a few Tottenham players in their Amazon Prime ‘All or Nothing’ documentary.

The Manchester United legend said he could not believe the behaviour of Dele Alli and Eric Dier, labelling them ‘children’. Keane also criticised striker and England captain Harry Kane for giving ‘boring’ speeches.

Alli and Dier were put to the sword by KeaneTottenham Hotspur

The show from Amazon goes behind the scenes at football clubs and offers fans an insight into what goes on in training grounds and dressing room.

Spurs were documented during the 2019/20 season which saw the club sack Mauricio Pochettino and appoint Jose Mourinho.

Keane though did not talk about those moments and instead highlighted Alli, Dier and Kane for their roles in the series.

“Spurs must be a hard job,” Keane told fellow Sky Sports pundit Micah Richards in their ‘Driving Home for Christmas’ series. “Imagine the culture at Spurs.

“Even the players in the dressing room, the medical room – everyone was on their phones. They showed a couple of players falling out, maybe it was Alli and Dier, but they were arguing like children.

“They were going ‘oh you need to do your job’, there was no aggression! They were like actors with no emotion behind it.

“Harry Kane was doing a talk before the games,” Keane added. “Oh my God Harry, you need to liven up man.

Whilst Conte can improve Kane on the pitch, Keane says he needs to improve his pre-match speechesgetty

“First of all, if you’re going to have a speech before every game, players are going to get bored of it. Why (do) you think you need speeches before matches?

“And you know when people were having huddles before the match and there’s like 600 people in it? It loses what it’s about.

“The bus driver was in it, the chef (as well). I’d be like ‘You, get out of this circle of whatever we’re doing’.”

With another Amazon ‘All or Nothing’ documentary coming soon with Arsenal, Keane will hope that some of the players from Spurs’ rivals show a bit more character than Alli, Dier and Kane did.

Just when Belarusians might welcome a firmer hand, their authoritarian president appears more libertarian than ever