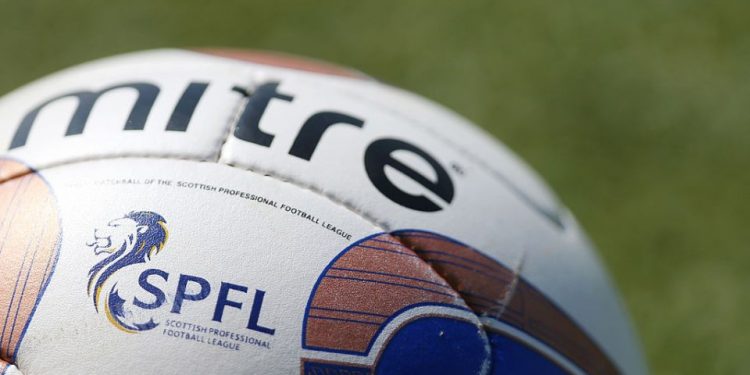 A number of Scottish Premiership clubs want the season’s winter break to be brought forward amid the spread of the Omicron COVID variant.

As things stand, the winter break is due to commence on January 4 but with new restrictions on sporting events being imposed in Scotland, more clubs are coming round to the idea of it starting earlier in a bid to reduce the rate of transmission.

A statement from Dundee United read: “Following last night’s emergency meeting called by the Joint Response Group and SPFL, Dundee United FC would like to confirm that we submitted a request to the SPFL to bring forward the winter break and rescheduled any fixtures affected by the first minister’s most recent announcement.

“We believe doing so would allow more time to ensure the government’s vaccination booster programme to take greater effect and assist the whole country in winning the battle with the ongoing pandemic.

“Further to this, it is fundamental to football that fans be allowed to attend matches and support the game. Bringing forward the winter break would mean fans will not miss out on attending fixtures over the next ten days.”

Livingston’s statement continued: “However, there is a bigger picture here which football clubs are aware of.

Crowds at football games in Scotland will be limited to 500Getty

“Scottish football wants to take its responsibilities seriously in helping to curb the transmission of the Omicron variant. We believe that by bringing the scheduled winter break forward, we can help in slowing down transmission rates due to no supporters attending stadia but also with a reduction in the likelihood of supporters gathering in public places, pubs, restaurants, and households.

“Furthermore, it takes a lot of pressure away from the players who are extremely concerned that they will be the vehicle for the virus into the football club.

“Sometimes it’s easy to forget the amount of pressure placed upon the players in this ever-changing environment who have lives away from football. This also allows players, staff, and fans a window of opportunity to receive their booster jags which only helps alleviate the current situation with Omicron.”

Meanwhile, Aberdeen have announced plans for a ticket ballot for next week’s matches at home to Dundee and Rangers after restrictions were imposed on Scottish sporting events on Tuesday.

Plans are now being made to accommodate 500 supporters for our matches with Dundee & Rangers.

We firmly believe that these matches should be postponed until all supporters are able to attend.

But we must plan for matches going ahead with only 500.

A statement on the Dons website said: “Following yesterday’s announcement from the Scottish government plans are now being made to accommodate 500 supporters for our matches with Dundee (26th Dec) and Rangers (29th Dec).

“We firmly believe that these matches should be postponed until all supporters are able to attend.

“But we must plan for matches going ahead with only 500 and do everything we can to give fans enough notice until we have clarity on the situation.

“With that in mind, we have set up a ballot which will cover both matches with Dundee and Rangers. This will be open to all 21/22 season ticket members, including supporters who purchased a mid-season ticket.”

St Mirren have confirmed Wednesday evening’s cinch Premiership match at home to Celtic will go ahead as planned.

The Paisley club have been pleading with the authorities to have the game postponed after being hit with an outbreak of COVID-19.

However, Saints tweeted one line at 3.45pm simply saying: “Tonight’s game will go ahead.”

The Polish space cloud processing more than 10 PB of data