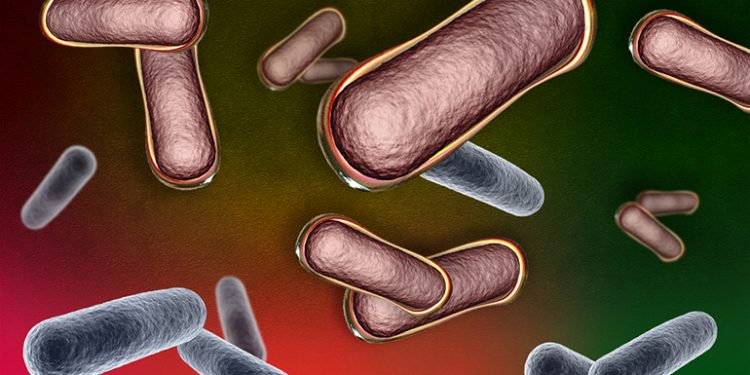 Scientists are beginning to appreciate the importance of the gut microbiome in health and disease, and administering microbes that can enhance our health or prevent disease is the next logical step. However, bacteria are delicate and require protection. Researchers at MIT have now engineered a method to coat bacteria so that they are protected from oxygen and other stressors during processing and delivery to the gut. This self-assembling protective coating may pave the way for more bacterial therapies.

The gut microbiome is increasingly recognized as important in a variety of diseases, and scientists are just beginning to scratch the surface of its complexity. They have observed that specific microbes tend to be more prevalent in the guts of healthy people, such as Bacteroides thetaiotaomicron, which is involved in carbohydrate digestion. The potential of such bacteria to act as a therapeutic when administered to patients is worthy of investigation.

However, a key challenge in using gut microbes as a supplement or treatment is their delicate nature. As a living organism, bacteria require careful handling. Many gut microbes are anaerobes, meaning that oxygen in the air can harm them. Typical freeze-drying techniques used to prepare microbes as stable formulations that are suitable for storage and administration can be destructive for bacterial cells.

To address this, the MIT team has developed a protective coating for microbes that can shield them from oxygen and harm during processing. “We believe this coating could be used to protect pretty much any microbe of interest,” said Ariel Furst, a researcher involved in the study. “We think there are microbes out there that can help with a variety of diseases, and that we can protect them for manufacture and production.”

The MIT team mixed polyphenols (commonly found in plant-based foods) and iron together and then added bacteria to the mixture. The iron/polyphenol mixture spontaneously formed a self-assembled coating on the bacteria, and this protects them during freeze drying. Once the freeze-dried bacterial product is added to capsules it can be ingested. Once in the gut, the acidic environment causes the coating to break down and allows the bacteria inside to escape and begin proliferating.

Analysis: War Destroys Ecosystems as Surely as It Destroys Lives