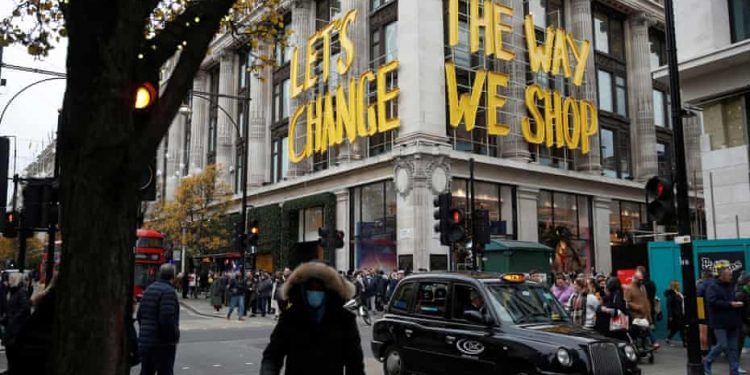 The family owners of Selfridges have sold out to a Thai retailer and an Austrian property company for an estimated £4bn ($5.36bn) in a deal which sees the return of the luxury department store’s former boss Vittorio Radice.

Thailand’s Central Group and Austrian real estate company Signa Holding already jointly own major department stores in Italy, Germany and Denmark via a division run by Radice, who left Selfridges in 2002, the year before Canada’s Weston family bought it for £628m.

The firms are thought to have beaten off rival bids from the Qatar Investment Authority, which owns Harrods, and Lane Crawford, a Hong Kong-based department store owner.

The Thai group, which began with one store in Bangkok run by Tiang Chirathivat in the 1950s, last year listed part of the business on the Thai stock exchange, and has other interests in convenience stores, shopping centres and hotels. Signa is owned and run by René Benko, one of Austria’s richest men.

The deal with the Westons includes Selfridges’ four UK stores – in London, Birmingham and two in Manchester – as well as Brown Thomas and Arnotts in Ireland and De Bijenkorf in the Netherlands. It also covers about £2bn of the chain’s prime property assets, including the freehold of its listed Oxford Street flagship store in London.

A source told Reuters the new owners hope to build a luxury hotel alongside the site.

The Westons, one of Canada’s richest families, first confirmed they might consider a sale of their European department stores in June after an approach from a mystery buyer. They are not selling their Canadian chain Holt Renfrew.

The deal comes shortly after the death of the 80-year-old head of the family, W Galen Weston, who had spearheaded the purchase of Selfridges in 2003.

Investment in Selfridges could be a boon for ailing Oxford Street, the home of its flagship London outlet, at a time when department stores across the country are downsizing or closing.

London’s premier shopping street has seen visitor numbers and sales dive as international tourists have been kept away by Covid travel restrictions and businesses have switched to working from home. Department stores have been particularly hard hit across the country because of high business rates and rents on their large stores, which have faced increasing competition from specialists and online outlets.

Among the stores currently lying empty on Oxford Street is Debenhams, the department store chain which collapsed last year, leading to the closure of more than 120 high street outlets. Fellow department store group Beales also went into administration last year, with only a handful of its 22 outlets since revived.

John Lewis has closed 16 outlets in two years, while House of Fraser now has just 42 of the 59 outlets it had in 2018 when it was bought out of administration by Sports Direct boss Mike Ashley’s retail group. Its flagship store on Oxford Street is to close in January, and its Swindon site also recently closed.

Extracellular Vesicles to Protect Lungs and Brain in Premature Birth