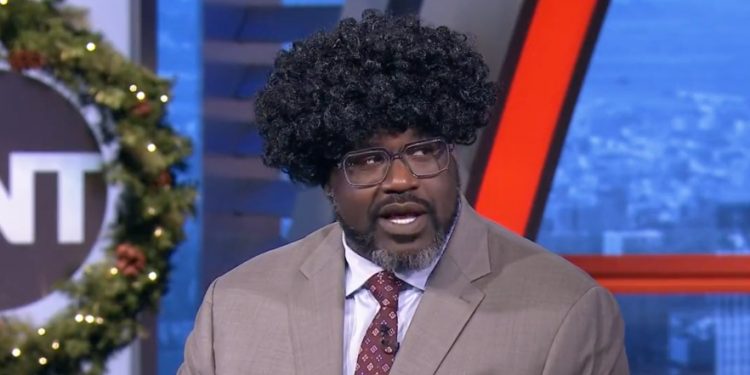 Go big or go home: Shaquille O’Neal clearly lives by these words. The gregarious NBA legend has seemingly never met a money-making opportunity he didn’t jump into in full force. Lately, he’s been headlining New Year’s Eve festivals under his DJ Diesel moniker, getting put through two tables in a pro wrestling match, and diving into the crypto-currency game so deeply, that his Twitter display name is no longer SHAQ, it’s SHAQ.ETH (a nod to the Ethereum blockchain.)

Now he’s getting ready to throw another edition of his wild Super Bowl weekend party that might just rank near the top of the insane-o meter. Dubbed Shaq’s Fun House, his Super Bowl Weekend… pardon… Big Game Weekend event at Los Angeles’ Shrine Auditorium will feature musical guests like Lil Wayne, Diplo, and Zedd, plus DJ sets from himself and his son Myles O’Neal.

We are BACK! Shaq’s Fun House presented by @ftx_app is headed to Los Angeles on Fri. Feb 11 for BIG Game Weekend

Did we mention that it’s open bar? That’s right, folks. Each ticket holder is entitled to a six-hour open bar, plus bites from “LA’s most iconic restaurants” like Roscoe’s Chicken And Waffles, Pink’s Hot Dogs, Diddy Riese Ice Cream, and LA… err…. institution, Papa John’s. The party is also a carnival, with the enormous FTX ferris wheel and circus performers. Shaq, who also happens to be dropping a collab track with Steve Aoki on Friday, laid out on his website that this is clearly an “over the top” affair:

“Los Angeles – I am back to win another Big Game Weekend championship! Part festival, part carnival, I recruited Lil Wayne, Zedd, Diplo and more to perform, plus will be building out a massive carnival experience. Get ready for LA’s most over the top party and celebrity filled event ever!”

This is a very of-the-moment function, with every attendee guaranteed to go home with free NFTs and even features an “Ultimate Giveaway” for $10,000 in Bitcoin among other prizes. The VIP area is hosted by Wynn Las Vegas and I’m not sure what parties you might be planning over Super Bowl weekend, but Omicron not withstanding, Shaq has you topped.