Sir Alex Ferguson was so angry after Cup final win he didn’t let Aberdeen players’ wives on team bus, Manchester United legend Gary Neville reveals how he made losing not an option 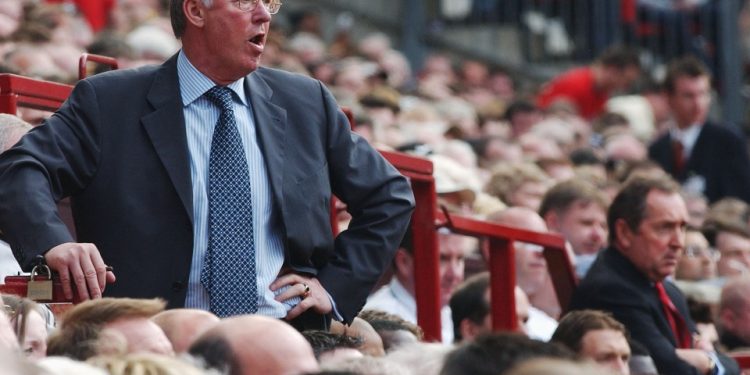 A winner. That’s what Sir Alex Ferguson will be remembered as – even when he was winning, he was angry such was his desire for perfection.

This elite mentality was evident when he labelled his Aberdeen players a ‘disgrace’ despite watching them win the Scottish Cup final.

Players would fear the worst when Sir Alex got angryManchester United

The boss was so angry he even banned players’ wives from joining the team on the way back after the success.

Aberdeen beat rivals Rangers in the final, which followed their tremendous success of beating Real Madrid in the European Cup Winners’ Cup.

Whilst most managers would have been thrilled to secure a trophy, Sir Alex was not happy and said that all of his players – bar defenders Willie Miller and Alex McLeish – were terrible.

“We’re the luckiest team in the world, We were a disgrace of a performance,” the he said post match.

“And I’m not caring, winning cups doesn’t matter. Our standards have been set long ago and we’re not going to accept that from any Aberdeen team. No way should we take any glory from that.”

The former Aberdeen boss could not contain himself post matchMirrorpix

Former midfielder Gordon Strachan still remembers the day as if it had just happened.

“One of the most horrendous days in my life really winning the cup final,” he joked with talkSPORT as part of a special documentary honouring Fergie, who turns 80 on 31 December.

“None of us knew what he was saying, it was live on TV, we thought we were going to celebrate.

“So he comes back and starting shouting, doing the lot, then he wouldn’t let the wives get on the team bus after it because we were all a disgrace so the wives had to go on a different bus to the reception.”

When the legendary manager departed Aberdeen for Man United in 1986, Sir Alex installed an incredible winning mentality at the club that saw the Red Devils become one of the most formidable sides in Europe.

Gary Neville, who came through the academy under the boss, recalls the control he had at Old Trafford as well as the terror of losing your place in the team that drove players to great success.

“If training started at 10am, how early could you get in? Could you get out before Paul Scholes started kicking a ball? Could you stay out after [David] Beckham or [Cristiano] Ronaldo practising free-kicks?

“Could you do more than everyone else? And that was always the sort of mentality and it came from him.”

You can listen to ‘Fergie at 80’ on Christmas Day at 6pm and New Year’s Eve as talkSPORT celebrate one of the greatest football managers of all time, Sir Alex Ferguson.