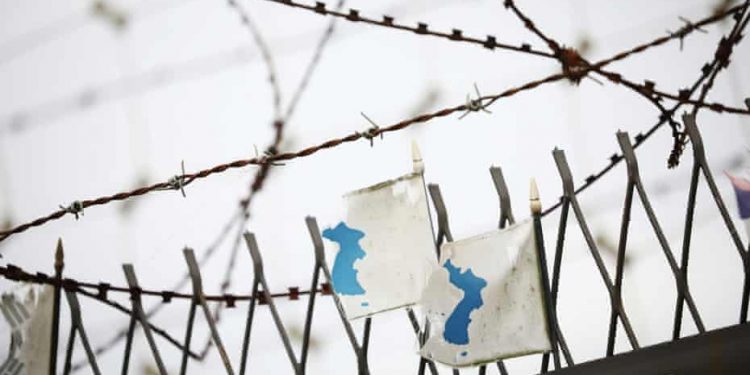 A South Korean has crossed the heavily fortified border in a rare defection to North Korea, South Korea’s military has said.

Years of repression and poverty in North Korea have led more than 30,000 people to flee to the South in the decades since Korean war hostilities ended with an armistice, but crossings in the other direction are extremely rare.

The military joint chiefs of staff (JCS) said it carried out a search operation after detecting the person on the eastern side of the demilitarised zone (DMZ) separating the two Koreas on Saturday evening.

“We’ve confirmed that the person crossed the military demarcation line border about 10.40pm and defected to the North,” the JCS said on Sunday.

The JCS said it could not confirm whether the person was alive, but sent a notice to the North via a military hotline asking for protection.

The border crossing, which is illegal in South Korea, comes as North Korea carries out strict anti-coronavirus measures after shutting its borders in early 2020, though it has not confirmed any infections.

A public and political uproar emerged in September 2020 after North Korean troops shot dead a South Korean fisheries official who went missing at sea, for which Pyongyang blamed anti-virus rules and apologised.

Two months earlier, North Korean leader Kim Jong-un declared a national emergency and sealed off a border town after a North Korean who had earlier defected to the South returned to the North and said he had Covid-19 symptoms.

The North’s prolonged lockdowns and restrictions on inter-provincial movement have also pushed the number of North Korean defectors arriving in the South to an all-time low.

The vast majority of North Koreans who escape first go to China before making their way to the South, usually via another country.

Only a few have dared to cross the DMZ, which is riddled with landmines and has a heavy military presence on both sides.

South Korea and a US-led UN force are technically still at war with North Korea since the 1950-1953 Korean war ended in an armistice rather than a peace treaty.

German killer who had ‘cannibalism fantasies’ jailed for life