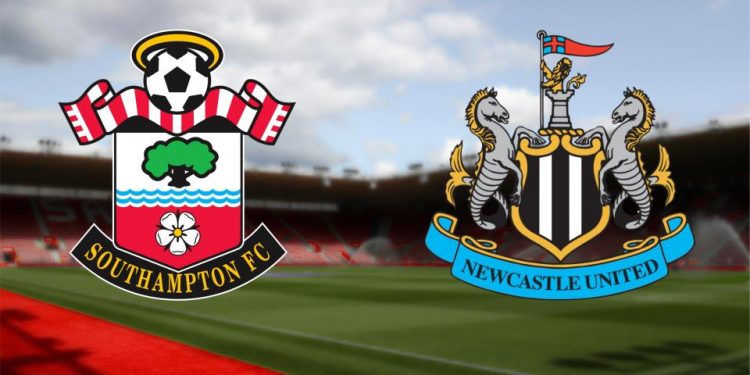 Southampton vs Newcastle has become the latest Premier League match to be postponed due to COVID-19.

The game was due to be played at 2pm on Sunday, but the news of its postponement was confirmed by both clubs on Friday afternoon.

The Magpies requested the game be called off this weekend due to a number of positive cases within their first-team squad.

It’s the second top flight game to be postponed ahead of this weekend’s round of New Year fixtures, with Saturday’s clash between Leicester and Norwich already off.

It’s also the second straight game Newcastle have been forced to reschedule, with COVID also affecting their clash with Everton which was postponed on Thursday.

Newcastle have apologised to fans for the late change, with thousands having their New Year plans to make the long journey to the south coast ruined.

The club also refused to disclose the players who have returned positive results, which led to the decision being made.

#NUFC’s fixture against Southampton at St. Mary’s on Sunday has been postponed due to ongoing Covid-19 cases and injuries amongst the Magpies’ first team squad.

A Newcastle statement read: “Sunday’s Premier League clash between Southampton and Newcastle United at St. Mary’s Stadium has been postponed due to ongoing COVID-19 cases and injuries amongst the Magpies’ first team squad.

“The match is the second successive Newcastle United fixture to be postponed following the cancellation of Thursday’s scheduled game at Everton, with several players and staff having succumbed to illness and injury over the festive period.

“Both away fixtures will now be rescheduled and new dates and times will be confirmed in due course.

“Newcastle United once again thanks the respective clubs and the Premier League for their cooperation and understanding. The club also extends its sincere apologies to supporters affected by both postponements and asks them to retain their tickets.

“The club will not be naming individuals who have contracted Covid-19 or their vaccination status. We ask that their privacy is respected and we wish them a full and speedy recovery.”

The Premier League confirmed in their own statement on Friday that Newcastle were unable to fulfil the required number of 13 outfield players and one goalkeeper for the match to go ahead.

The Magpies team has been affected by illness and injuries over the festive period.

“Newcastle United continue to have ongoing COVID-19 cases and injuries that led to their match against Everton FC being called off earlier this week,” the statement read.

“The Board accepted the postponement application as the club does not have the required number of players available for the match (13 outfield players and one goalkeeper).

“The League is aware that the decisions recently to postpone matches will disappoint supporters, and understands their frustrations at a special time of year when fans look forward to attending and watching football games.

“The League aims to provide as much clarity as possible, but unfortunately postponements sometimes have to be made at short notice, as safety is our priority.

“Where possible, the League will endeavour to keep supporters updated if games become at risk on a matchday.”

Bulgaria heads for yet another election: Emerging Europe this week