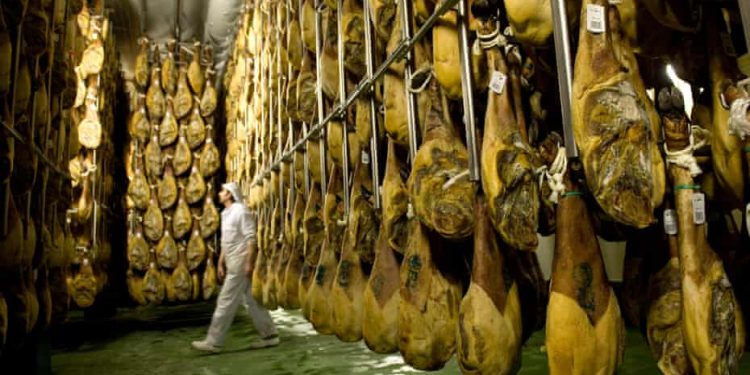 Eating less meat will play a key role in helping Spain mitigate the effects of the climate emergency, slow the process of desertification, and protect its vital tourism industry, the country’s consumer affairs minister has said.

Alberto Garzón said people in Spain needed to realise the huge impact that eating meat – particularly beef raised on industrial megafarms – had on the environment, and to change their eating habits accordingly.

“People here know about the part that greenhouse gases play in climate change, but they tend to link it to cars and transport,” Garzón told the Guardian.

“It was only very recently that everyone started to look at the impact of the animal consumer chain and, especially, at the impact of beef. Other countries were pretty advanced on that but in Spain it’s been a taboo.”

The minister said that the country’s geography made it profoundly vulnerable to climate change, adding the Spain people know and love is in danger of disappearing forever.

“If we don’t act, it won’t just be climate change we’re dealing with – it’ll be the triple crisis: the loss of biodiversity; pollution, and climate change,” he said.

“It would be the end for a country like Spain. Spain is a country in the Mediterranean basin – it isn’t the UK or Germany – and desertification is a very serious problem for our country, not least because it depends so much on tourism. Visiting a desert isn’t quite as attractive as visiting the Costa del Sol.”

Garzón says Spaniards need not stop eating meat altogether but suggests they eat far less and ensure it’s good quality for the sake of their health and the environment. He contrasts cheap, mass-produced products with traditionally reared meat.

“Extensive farming is an environmentally sustainable means of cattle farming and one that has a lot of heft in parts of Spain such as Asturias, parts of Castilla y León, Andalucía and Extremadura,” he said.

“That is sustainable; what isn’t at all sustainable is these so-called mega-farms … They find a village in a depopulated bit of Spain and put in 4,000, or 5,000, or 10,000 head of cattle. They pollute the soil, they pollute the water and then they export this poor quality meat from these ill-treated animals.”

The minister also pointed to a recent report that found that 20 livestock companies are responsible for more greenhouse gas emissions than either Germany, Britain or France.

Garzón, an economist who is the coordinator for the United Left alliance in Spain’s Socialist-led coalition government, made headlines when he urged people to reduce their meat consumption in July.

He noted the average Spaniard eats more than 1kg of meat a week although the country’s food agency recommends people eat between 200g and 500g, and that Spain eats more meat than any other EU country, slaughtering 70 million pigs, cows, sheep, goats, horses and birds each year to produce 7.6m tonnes of meat.

His calls were roundly mocked and dismissed – not least by his own partners in government. The agriculture minister said the farming sector was being subjected to “profoundly unfair criticisms when it deserved respect for the honest work it does for both our food and our economy”, while the prime minister, Pedro Sánchez, appeared to scoff at the suggestion, saying: “Speaking personally, a medium-rare steak is hard to beat.”

Garzón attributes the friendly fire to what he diplomatically terms “the differing programmes and policies” of the coalition parties, and says he always knew taking on the industrial meat industry would provoke a furious response.

“We knew from the start that the issue would be controversial, but it needed to be done,” he said. “Other countries – like Germany, the UK and France – are well ahead of us on this. This was the first time in Spain that someone in the government was saying what the scientists have been saying for a long time.”

The minister also noticed that most of the public criticism came from men who apparently “felt their masculinity would be affected by not being able to eat a piece of meat or have a barbecue”. Women, on the other hand, were far more open to the message.

“We think that part of society was already ready for this and had got its head round this,” he said. “But we still needed to push and there wasn’t a single political party that supported us. Not one. Not even within the governing coalition.”

Nevertheless, Garzón is convinced that Spain is finally having a long overdue public discussion over meat.

“Civil society organisations and associations of ecologists, paediatricians, doctors and nutritionists all came out to defend us all the way,” he said.

“I think that helped us win the debate because the issue was debated for three days on all the news programmes and in bars.”

The minister’s other reforms – which include a crackdown on Spain’s betting industry, a ban on unhealthy food advertisements aimed at children and a symbolic toy strike to highlight gender stereotypes – have not always endeared him to certain businesses.

They have also made him a favourite target for the Spanish right, who accuse him of meddling in people’s lives.

Garzón’s attempts to point out the sexism inherent in many toys was recently given short shrift by the far-right Vox party.

“I think Garzón forgets that it’s up to us as parent to decide what we buy,” said its Madrid spokesperson, Rocío Monasterio. “I’m going to go out and buy loads of dolls and cribs for my girls and I’m going to get cars and tractors and tanks for my nephews. And I think over Christmas we should all stuff our faces with meat.”

As Omicron sweeps Europe, Germany plans for the worst