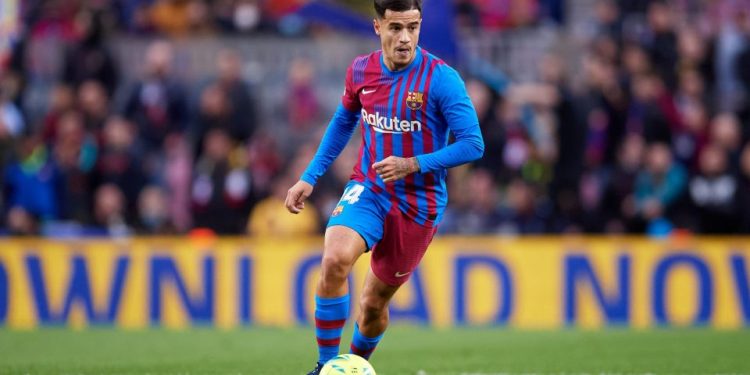 Steven Gerrard highly rates former Liverpool teammate Philippe Coutinho, labelling him a ‘special footballer’, but has refused to comment on reports linking the ‘magician’ with a January move to join him at Aston Villa.

Coutinho looks set to leave Barcelona this month with the LaLiga giants hoping to reduce their wage bill after forking out £55million to sign Ferran Torres from Manchester City.

Gerrard and Coutinho were Liverpool team-mates for two-and-a-half years at Anfield – the pair coming close to winning the Premier League title in 2014 – and Villa have been strongly linked with the 29-year-old amid reported interest from other English clubs.

Asked if he understood such interest in Coutinho, who left Liverpool for Barcelona in a £142m move in January 2018, Gerrard said: “He’s won two league titles at Barcelona, two Copa del Reys.

“If you go and have a look at his Wikipedia page you’ll see a serial winner wherever he goes.

“He’s won 63 caps for Brazil, played for Barcelona and was incredible at Liverpool. So I can understand why he’s linked to a lot of football clubs.

“I can understand why a lot of supporters up and down the country are speaking about him.

“I don’t think you get a nickname of ‘The Magician’ if you’re not a special footballer.”

Gerrard says he understands transfer speculation around Villa but, speaking to reporters ahead of his side’s FA Cup third-round trip to Manchester United on Monday – live on talkSPORT – Gerrard distanced the speculation linking Coutinho to the Villans.

“He [Coutinho] is someone I’ve got an incredible amount of respect for, but I don’t want to add to any speculation because he belongs to Barcelona,” added the boss.

“I’ve got nothing but positive things to say about the player.

“He’s a friend of mine, so if I’m asked the questions I can speak for as long as you want. But if you’re trying to link it to any speculation or catch me out, you’re in for a long afternoon.

“A lot of names are bandied around and, for the sake of our supporters, when there’s something concrete they’ll be the first to know.”

Villa are seeking to strengthening their squad in the January transfer window with a left-back understood to be high on the agenda.

Bologna’s former Hearts full-back Aaron Hickey has been among those linked following some impressive performances in Serie A.

Gerrard said: “We’re anaylsing a few different positions in our team and squad where we can look to strengthen.

“That is happening behind the scenes and we’ll be respectful when there is something to speak about.

“In terms of transfers and additions, I can’t really add anything.”

Gerrard intends to field a strong line-up at Old Trafford against opponents who are likely to rotate.

Villa’s COVID-19 and injury situation has eased with England striker Ollie Watkins set to re-join the group on Saturday.

Former Man United captain Ashley Young has an ‘outside chance’ of returning to Old Trafford after fracturing his toe.