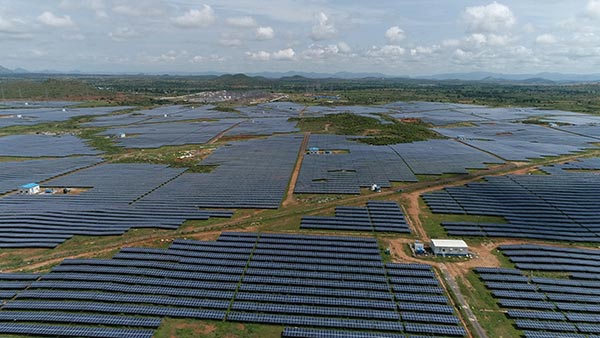 The need for energy storage solutions in India to enable huge renewable energy growth makes it a promising market, Tata Power has said, after its solar subsidiary was awarded the country’s largest solar-plus-storage project to date.

At the beginning of December, Tata Power Solar received a Letter of Award (LoA) from the government-owned Solar Energy Corporation of India (SECI), for the INR9.45 billion (US$125 million) project in the central Indian state of Chhattisgarh.

The project will be built in a year and a half. Tata Power Solar’s duties include engineering, design, supply, construction, testing, operations and maintenance (O&M) and commissioning.

“We are currently in discussion with many reputed vendors and will declare the same in due course,” Tata Power said in response to an enquiry from Energy-Storage.news as to what sort of third-party technology providers or partners might be brought in to work on the project.

“The BESS system will be charged from the colocated Solar PV Plant and will be used to cater to the peaking requirement of the off-taker,” the company said.

This will be Tata Power Solar’s second project of this type, with the company — known mostly for commercial and industrial (C&I) rooftop solar EPC activities — already building another solar-plus-storage project combining 50MW of PV and 50MWh of battery storage in Leh, the capital of the union territory of Ladakh.

While India’s renewable energy capacity has grown rapidly in the past few years and the country has a target of 500GW of renewables by 2030 set by government policy, battery storage development has so far been limited.

However, Tata Power said, “a large-scale installation, [such] as this project, is in limited number for India”.

There appear to be much bigger things on the horizon however. Energy-Storage.news has reported this year on a number of large government tenders being expected including a 2,000MWh SECI tender. Ministry of Power joint secretary Ghanshyam Prasad stated at an industry event in September that the government is willing to handhold the industry until it is capable of standing on its own two feet.

At that event, held in honour of World Energy Storage Day, Tata Power CEO Praveer Sinha said that the “story of renewables is not complete without storage,” and that while renewable energy is already huge in India, it would not be long before energy storage arrived at a similar inflection point.

India is expected to arrive at a 40% renewables target set for 2030 long in advance of that date, being already close to 39% non-fossil fuel powered — equivalent to about 175GW of renewable energy capacity. In June, the national Central Electricity Regulatory Commission said it was drafting rules to enable the participation of energy storage in ancillary services markets.

“Keeping in consideration the country’s potential and commitment to renewable energy, there is a technical need for storage solutions,” Tata Power told Energy-Storage.news this week.

“Hence, we believe that there is promising potential in the energy storage business in India.”