Tax on the poor. Romania has the highest taxes on minimum wage in the EU 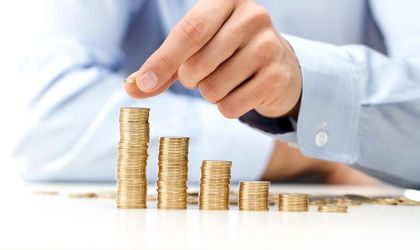 Romania imposes the highest tax level in the EU to its poor working population paid with the minimum national wage as the tax level exceeds 40 percent of gross wage, according to a KPMG study.

Romania has a minimum gross wage set at national level, currently at RON 2,080 (EUR 437), but 40.85 percent of the value is taken by the government through mandatory taxes and social contributions.

Due to the high tax level, the net wage corresponding to the gross minimum wage is around RON 1,263 (EUR 265).

In the EU, the taxes for the minimum wages are much lower: 7.9 percent in Slovakia, 22.4 percent in Bulgaria, 29.3 percent in Poland or 33.5 percent in Hungary.

“Surprisingly or not, countries with a low minimum wage have higher tax costs for employees. While Ireland, the country with the highest minimum wage in the EU / EEA / Switzerland area, has an effective tax rate of 24.07 percent for the employee, Romania, the country with the second lowest minimum wage net of EU / EEA / Switzerland, has an effective tax rate of 40.85 percent,” says Mădălina Racovițan, Head of People Services at KPMG Romania.Read more aboutAdrian Apostu (Dino Parc Râșnov): 2 million visitors represent a milestone that makes us both happy and responsible read more

#ESS2020 | Ionut Georgescu (Environmental Expert): Technology is the key for the future of waste management

A golden opportunity to reshape education