Technology has made buildings less climate-friendly: but we can look back in time for solutions 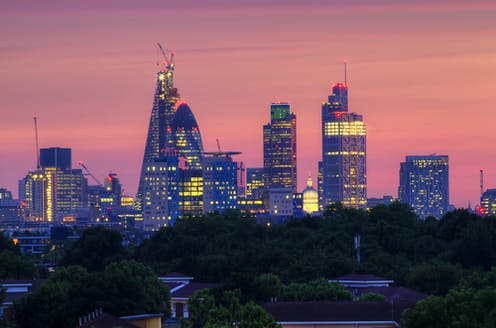 It’s been claimed that technology is the answer to the climate crisis. By eventually separating economic growth from its effects on the environment through improving energy efficiency, the argument runs, better technology promises to prevent catastrophic global warming.

But among the many things that this argument fails to consider is the reality that new technology has often encouraged extravagant forms of consumption: from private cars and planes to kitchens full of appliances and air conditioning in countries with mild climates.

Technology has also caused what’s called the “rebound effect”: where improving energy efficiency leads to cheaper energy and therefore higher rates of energy consumption. For example, buying a more fuel-efficient car will reduce your average fuel cost per trip and thus is likely to lead to more trips, taking away at least some of your anticipated energy savings.

In my work, I call this phenomenon the “architectural rebound effect”. This effect becomes especially clear when we look at how building façades (the “skin” that covers buildings) have evolved over the past 100 years.

The Cité de Refuge residential building in Paris, designed by Swiss-French architect Le Corbusier in 1933, boasts one of the earliest examples of a façade made entirely out of glass. But with no windows or air conditioning, its summer indoor temperatures reached up to 33°C – making it a “notable failure” in architecture.

To fix this, the façade was fitted with external shading devices and about a third of its glass was made opaque. This strategy was mostly effective: computer simulations have shown that the upgraded design reduced indoor summer temperatures to below 25°C.

From the 1950s, fully glazed façades without shading devices began to dominate city skylines thanks to increasingly efficient and cheap air-conditioning systems that allowed temperatures inside these buildings to be regulated.

But these new glass boxes came with their own set of environmental problems. For instance, research has shown that office buildings built in the Manhattan borough of New York between 1965 and 1969 consumed twice as much energy per unit floor area than buildings erected between 1950 and 1954.

One reason for this is probably the difference in the window-to-wall ratio between these groups of buildings. While the later buildings had a ratio between 53% and 72%, the earlier buildings’ ratio sat between 23% to 32%. This means that more heat was allowed into and out of the former group of buildings during summer and winter, increasing their need for artificial cooling and heating.

The Cité de Refuge after its refurbishment, with external shades and opaque glass. IanTomFerry/Wikimedia

Another problem with fully glazed façades is the excessive glare they cause inside buildings, which means that indoor blinds must be pulled down most of the time. This blocks occupants’ views to the outside and increases reliance on artificial lighting, increasing energy consumption even further.

These problems with fully glazed façades still plague buildings today. Now, parametrically designed shading devices are often used as a solution. Unfortunately, these tend to block outdoor views for those working inside, while keeping the need for artificial light.

Should we prevent architects from exercising their aesthetic freedom in designing these extravagant buildings that harm our planet? One solution could be to set a maximum limit on the amount of energy a building is allowed to consume. This would require architects to use passive design strategies – techniques that enable humans to live in challenging climates without expending unnecessary energy.

For example, by the year 400 BC, Persians had devised an ingenious way to store ice during hot summer months using ice pits called “yakhchals”. These were vaulted reservoirs with a height of up to 15 metres and a depth of approximately six metres.

By allowing hot air to exit through an opening at the top of the reservoir and burying ice deep in the earth, the base of the yakhchal – and the ice inside – would remain cold throughout the summer.

An example from the modern era is the Inspector General of Police Complex building in Gulbarga, India, which uses a wind tower fitted with water sprays to create a comfortable environment in a hot and humid climate. Droplets from the sprays absorb heat from incoming air, reducing the air’s temperature by up to 13°C before it enters the building.

It’s vital to first decide how best to measure buildings’ maximum energy limit. In current building energy rating schemes, “energy use intensity” is often used, which refers to the amount of energy consumed per unit of floor area.

This yakhchal in Iran was used to keep ice cool. Jeanne Menj/Wikimedia

But a flaw of this metric is that it allows overly large, grandiose buildings to be certified as low energy. A more appropriate metric could focus on energy consumed in relation to the number of people using a building – in other words, a building’s energy use per person.

A possible objection is that this could result in “boring” buildings with no aesthetic appeal. In this case, we could encourage architects to express their creativity through building structures not designed to house people and therefore require little to no operational energy to run.

This would considerably reduce the environmental impact of such architectural masterpieces. On average, 80% to 90% of a building’s carbon emissions arise from operating it, not building it.

What’s more, many iconic buildings have failed to function as they were designed to. Mies von der Rohe’s New National Gallery in Berlin suffered from cracking windows and heavy condensation, while Frank Gehry’s MIT-based Stata Centre in Massachusetts has leaky roofs and excessive mould. These buildings have not been demolished, however, but left standing as examples of top-quality design.

Perhaps if architects channelled their desire for daring aesthetic into sculpture-like structures rather than buildings designed for habitation, they could continue to keep pushing the limits of design without making the planet pay.

I wish to thank Graham McKay, author of the blog misfits’ architecture, for being an inspiration behind the many ideas presented in this article.

‘It is there pretty much forever’: Huntington Beach oil spill may permanently affect birds

Tottenham’s ‘formal bid’ for Adama Traore ‘not too far away’ as Antonio Conte Tanguy Ndombele, Steven Bergwijn and Matt Doherty are all set to leave