The Dolphins Have Fired Coach Brian Flores After Three Seasons 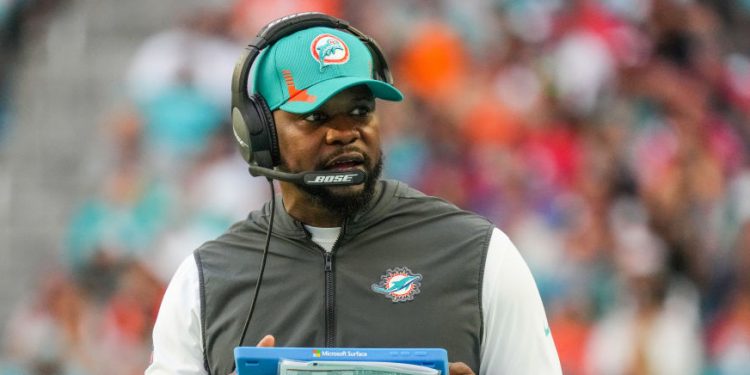 The Miami Dolphins have been knocking on the doorstep of the playoffs the past two seasons under coach Brian Flores. After a 5-11 campaign in his first year in 2019, Miami has gone 19-14 since, just missing out on the Wild Card in the AFC in both seasons. Typically, that kind of improvement would see a coach get a fourth year, but on Monday, the Dolphins announced Flores was out in Miami.

Statement from the Miami Dolphins. pic.twitter.com/Lh1WaAIRY9

It was a bit of a curious move from a football standpoint, particularly given the turnaround the team saw from a 1-7 start to a 9-8 finish, but it seems minds were made up in Miami possibly earlier this season. There are rumblings that it wasn’t performance so much as Flores rubbing some in the organization the wrong way — owner Stephen Ross mentioned “collaboration” in his press conference announcing the firing — but the bar for the next head coach will be high given the performance of Miami the last two seasons in coming close to the postseason.

A statement from Brian Flores provided to ESPN: pic.twitter.com/CFRUEQGo3r

As for the rumors that Flores was being fired to clear the way for Jim Harbaugh’s return to the NFL, owner Stephen Ross (a Michigan alum) directly shut that down in his press conference.

“I’m not going to be the person to take Jim Harbaugh from the University of Michigan. I hope he stays there.”

One would expect that, just like in Denver where Vic Fangio was fired after three seasons, the Dolphins will look for an offensive mind to follow a defensive coach, particularly someone who they believe can unlock Tua Tagovailoa’s full potential at quarterback.