The Most Anticipated Video Games Of 2022 (So Far) 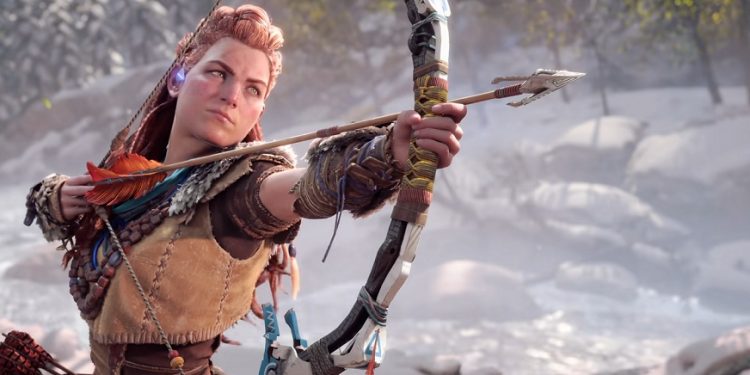 We’ve said goodbye to 2021 and while there were plenty of incredible video games, there were so many more we didn’t get to play because of the sheer amount of delays. While that was an unfortunate part of 2021, this does give us the added benefit of having that much more to look forward to in 2022. This is set to be one of the biggest years in video games in quite some time with multiple major franchises anticipating a release. There is so much to be excited about and we’ve managed to break all of it down into five games, plus a bunch of honorable mentions, that we think are the most anticipated games of 2022 so far.

Why so far? Because we have no idea what the rest of this year has in store for us. There are likely games we haven’t heard about yet that will also be releasing later in 2022 as well as some games we’re expecting, but currently don’t have a release date, may suddenly be announced as an upcoming title for 2022. There is so much potential for this already gigantic year to get even bigger. So keep that in mind as we break down the five games that we’re anticipating the most in 2022.

Elden Ring has the potential to be a massive game that brings in people who don’t typically play the kind of games that have this style. With Dark Souls director Hidetaka Miyazaki involved we’re all expecting a game that feels very similar in tone and gameplay, but the cross-cultural appeal is going to come from the author of George R.R. Martin’s involvement. As the creator of A Song of Ice and Fire, or Game of Thrones for everyone who watched the TV show, Martin brings narrative credibility that is going to have people interested well beyond the world of gaming.

Horizon Forbidden West is a highly anticipated sequel to Horizon Zero Dawn. This is one of those games that was supposed to come out in 2021, but a delay forced it into 2022. The first game was extremely well regarded for its world, character, and how fun it was to explore. Forbidden West appears to be taking all of those attributes and not only improving on them but turning this into one of the most visually stunning games we’ve ever seen. While it’s not always a good idea to buy into trailers, we can’t help but be excited every time we see new game footage. Everything looks gorgeous and we can’t wait to explore this world.

For everyone that’s been wanting a new game from the creators of Fallout and Elder Scrolls, we finally have one with Starfield. This sci-fi adventure may end up being nothing more than another example of the tried and true Bethesda formula, but it’s a new world with new ideas and that’s exciting from a company like Bethesda. Not only that, but the new engine this game will be running on is supposed to be the engine that future Bethesda games like The Elder Scrolls VI runs on. A new IP, from one of the biggest developers in gaming, and it’s a sci-fi adventure? What’s not to be excited about?

God of War: Ragnarok is another game that was delayed into 2022. It was delayed for all the obvious reasons, but there’s reason why they would take extra care with this one. This is supposed to be the final chapter in the Norse story the series has been telling. With that we’re expecting some finality in this game and it would be a shame to rush it out just to meet an earlier release date. While we don’t currently know when exactly this year it’s coming out, we do know that everyone is eagerly anticipating to see how the end of Kratos latest story closes.

This is a game that everyone has been waiting years for at this point. The sequel to The Legend of Zelda: Breath of the Wild was first teased to us back in 2019. Ever since we’ve gotten very little info about it beyond a follow-up trailer at E3 2021 with a release date. While the trailer was cool, and a reminder it exists, it’s odd to have a game that is coming out this year and we still don’t have an official title besides “Sequel to The Legend of Zelda: Breath of the Wild.” It makes us worried that this has the potential to be delayed at some point this year, but if that doesn’t happen then all of us can rejoice as we get another exciting adventure in Hyrule. This time in the sky.

The Best Of The Rest:

Guns, gangs and foreign meddling: how life in Haiti went from bad to worse