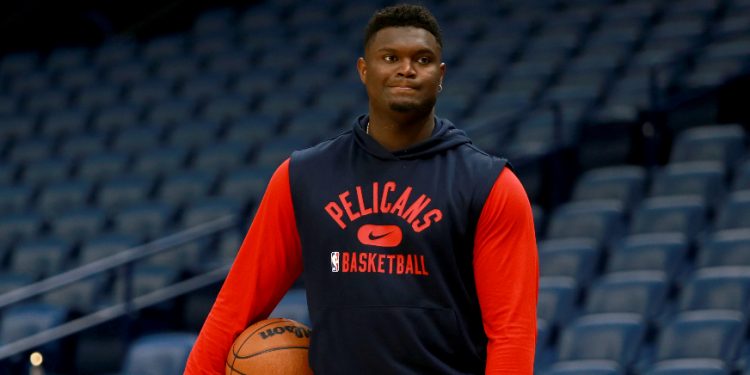 Zion Williamson was supposed to come into the 2021-22 season and build off of a sensational sophomore campaign where he established himself as the NBA’s most dominant rim scorer. The former No. 1 overall pick battered defenses last season in New Orleans, posting one of the best seasons in league history as a finisher at the rim, factoring in efficiency and frequency.

However, over the summer he had surgery for a foot injury that the team did not make public until the start of training camp. At the time, they said he was expected to be ready for the start of the season, but as camp wore on and the season approached, that deadline was quickly pushed back. In early December, Williamson was supposed to return to practice, but a week later he suffered a “regression” in his rehab and was scaled back.

It is now January and Williamson has yet to step foot on the court for the Pelicans this season, and the latest update from the team is not encouraging. On Wednesday, the Pelicans announced that Williamson is still not doing any weight bearing activities, as has been the case since mid-December, but he would now be doing his rehab “away from the team.”

“Since we notified everyone on December 16 of his latest imaging, it was decided then by our medical team to dial his rehab back to only partial weight bearing activities. He continues along that path,” stated Executive Vice President of Basketball Operations David Griffin. “We also agreed that in order to put Zion in the best position to succeed, he will rehab away from the team at this time so he can focus on the task at hand.”

It’s not all that uncommon for players to rehab on their own with some supervision from team doctors, but that is typically the protocol for a serious injury that would keep a player out for considerable time. For Zion to be moving to that stage this far into the season certainly seems to indicate that he is not returning to the court any time soon and, it stands to reason, that this could just be a completely lost season for the 2019 top overall pick.