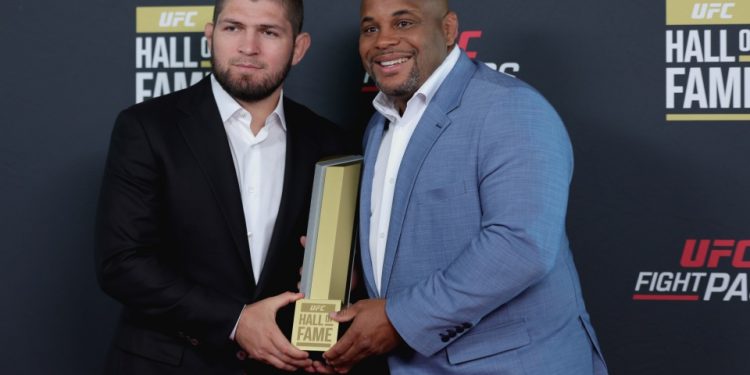 UFC superstar Conor McGregor has taken aim at Khabib Nuramgomedov in a bizarre series of social media posts after his biggest rival was inducted into the Hall of Fame this past weekend.

Nurmagomedov and his long-time teammate Daniel Cormier were honoured ahead of UFC 276 in Las Vegas, and it got ‘Notorious’ thinking about his future induction.

The 33-year-old believes the fact he owns several UFC records for his 13-second KO of Jose Aldo, knockdown heavy win over Eddie Alvarez and being one of two men to have recorded knockout wins in three weight divisions, means he is certain to enter the Hall of Fame down the line.

“Looking forward to my own Hall of Fame entry all the same, I’m a shoe in,” he wrote. “First of everything. All the records. KO speed. Knockdown amount. KO’s most divisions. Financials. You name it. No rush tho I’m still in to bust noses open and put [opponents] unconscious. A real goer,” he added.

The former dual-weight champion followed that post with another about how irrelevant the Hall of Fame is because he isn’t in it.

He also treated fans to his rendition of ‘Gangster’s Paradise’ – a song by rap legend Coolio who recently visited the Irishman’s Dublin pub.

“Who [has] the levels and the flow l have. No one that’s who. The wall of no fame ya’s can call it until I bounce in and rock it. Coolio in the gaf they call me,” McGregor tweeted.

Although it was already obvious who had gotten him all riled up about the Hall of Fame, McGregor confirmed it was Nurmagomedov when he posted a photo from their post-fight brawl at UFC 229.

‘Insecurities’ – Chandler reacts to heated confrontation with Poirier at UFC 276

McGregor and Nurmagomedov shared the most bitter rivalry in UFC history.

Things turned ugly when Khabib was caught on camera slapping McGregor’s friend Artem Lobov in 2018, with the UFC legend flying to Brooklyn from Ireland to get revenge.

‘Mystic Mac’ and his entourage ended up attacking the bus Nurmagomedov was on, which also contained other passengers including UFC fighters Rose Namajunas and Michael Chiesa who both suffered mental and physical trauma due to the incident.

McGregor tapped out against Khabib at UFC 229Getty Images – Getty

McGregor was subsequently arrested but just six months later, the pair fought at the T-Mobile Arena in Las Vegas and Khabib choked his rival out before leaping the cage and then attacking his entourage outside of it, sparking a mass brawl.

Both men were hit with hefty fines and bans following the incident and the beef continues to rumble on even though Nurmagomedov is retired and McGregor is one of the richest people in sport.

In 2021, he topped the Forbes list of Rich Athletes after earning $180 million in one year, more than sports superstars such as Lionel Messi, Cristiano Ronaldo, and LeBron James.