‘This is a story that needs to be told’: BBC film tackles Climategate scandal 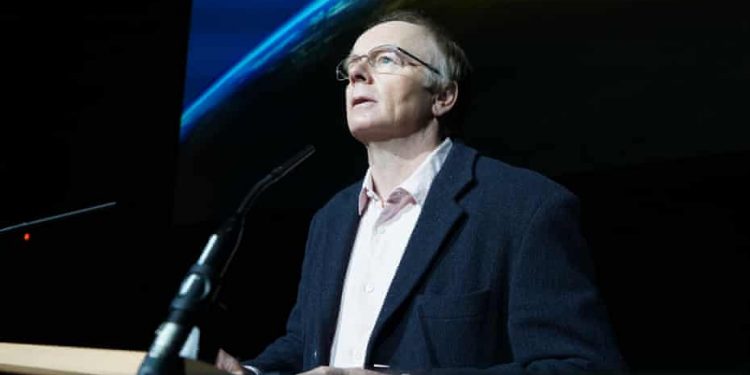 Twelve years ago, Professor Philip Jones was subject to a barrage of hate mail and death threats that pushed him close to suicide. Emails, hacked from his laboratory, proved climate change research was a fraud, it was claimed.

Now Jones faces a repeat of that grim onslaught when the BBC One film, The Trick, is screened on 18 October. It will tell the story, sympathetically, of his tribulations at the hands of climate change deniers.

“At the time, the mail was awful. Everyone was attacking me and I couldn’t deal with it. I got Christmas cards filled with obscenities and, to this day – on the November anniversary of the hacking – I still get a couple of offensive messages,” Jones told the Observer last week.

“After The Trick is screened I expect there will be a new wave of abuse. However, I accept the risk because this is a story that needs to be told.”

Jones was head of the Climatic Research Unit at East Anglia University in Norwich in 2009 when hackers stole thousands of documents and emails from its computers. Their contents were then carefully selected and used by climate change deniers to promote the idea that scientists were falsely alleging fossil fuel emissions were warming the planet. Subsequent inquiries rejected all these allegations.

“It was a manufactured controversy,” said Owen Sheers, screenwriter of The Trick. “There was a definite strategy at work and a massive disinformation campaign. Yet, when I talk to those who remember any of it now, most still think a scientist really did get caught tweaking the figures.

Professor Phil Jones: ‘The science was strong then but it is even stronger now.’ Photograph: Chris Bourchier / Rex Features

“In fact, thousands of documents were stolen and a few extracts were pulled out in an expert way that became the bullets that did the damage,” added Sheers, who is known for books such as The Dust Diaries. Some experts even claim the furore triggered by Climategate – as the hacking affair was later dubbed – played a key role in the failure of the Copenhagen climate talks in December that year.

Certainly, rightwing newspapers in the UK went to town on the allegations. Headlines included the Daily Mail’s “Scientist in climate ‘cover-up’ told to quit”, while the Daily Express splashed with “The Big Climate Change Fraud”.

Now, ahead of the Cop26 climate talks in Glasgow in early November, the story is to be resurrected. “It is a cautionary tale, as well as a love story and a bit of a thriller,” said director Pip Broughton. “This is a film for everyone to enjoy, so it does condense some complexities. But it enables anyone to see this man has suffered a great injustice. It is important it’s being shown before the Glasgow climate summit.”

Sheers has put Jones and his wife at the centre of the drama, as the academics around them battle to present the real facts against a barrage of conspiracy theories and misunderstanding. Jones is played by Jason Watkins who has acted in W1A, Line of Duty, The Crown and many other TV series, while his wife, Ruth, is played by Victoria Hamilton.

“We wanted to show the terrible impact on Philip and Ruth at another moment in history when it looked as if the world was about to take serious action to slow climate change,” said Sheers. “Perhaps Copenhagen was going to fail anyway, but we do know this leak was a concerted attempt to stop them.”

For his part, Jones described watching his depiction as strange and surreal. “I only had one Zoom meeting with Jason but he picked up all sorts of mannerisms and quirks that I didn’t realise I had – like folding my arms in front of myself when I am talking.”

The Joneses took a close interest in the production and that was key to the project, added Broughton. “When you work on a story like this, you go to the source and you get as close as you can in your retelling of it,” he said.

The intellectual defence for Jones has been out there from almost the first, but it did not get the coverage

This point was backed by Sheers who said the couple had been invited to watch Watkins and Hamilton playing them. “There were tears in Ruth’s eyes, but I think, like us, they feel it is important to tell the story now.”

As to the title of the film, this is a reference to an email that Jones sent to a colleague in which he used the word “trick” to describe a mathematical method of going back to other data to properly describe the historic heat rise. Seized out of context, the word was alleged to prove that Jones and other researchers were fiddling data.

It is a complex argument but Jones was satisfied with the results. “The film is not heavy on the science, and I think that is fine. This is a drama and you cannot go into the minutiae or you will get bogged down.”

Broughton and Sheers believe the drama may correct faulty memories of the scandal, as reports of the findings that exonerated Jones and his team were not as prominent as the original claims made against them. “The intellectual defence for Jones has been out there from almost the first, but it did not get the coverage,” said Sheers.

Sheers also revealed that many of the international news networks that once denounced Jones and others for faking global warming figures have now refused to allow their footage to be used by the BBC. Requests to use clips were turned down by ABC and CBS. “The way it was covered back then is extraordinary, in the light of everything we know now, but our requests for news archive were refused,” he said, though he added that the American networks NBC and Fox did give permission.

“The science was strong then but it is even stronger now,” said Jones. “And in terms of covering climate change, much of the UK media has improved. So there is some cheer to be had in our story.”